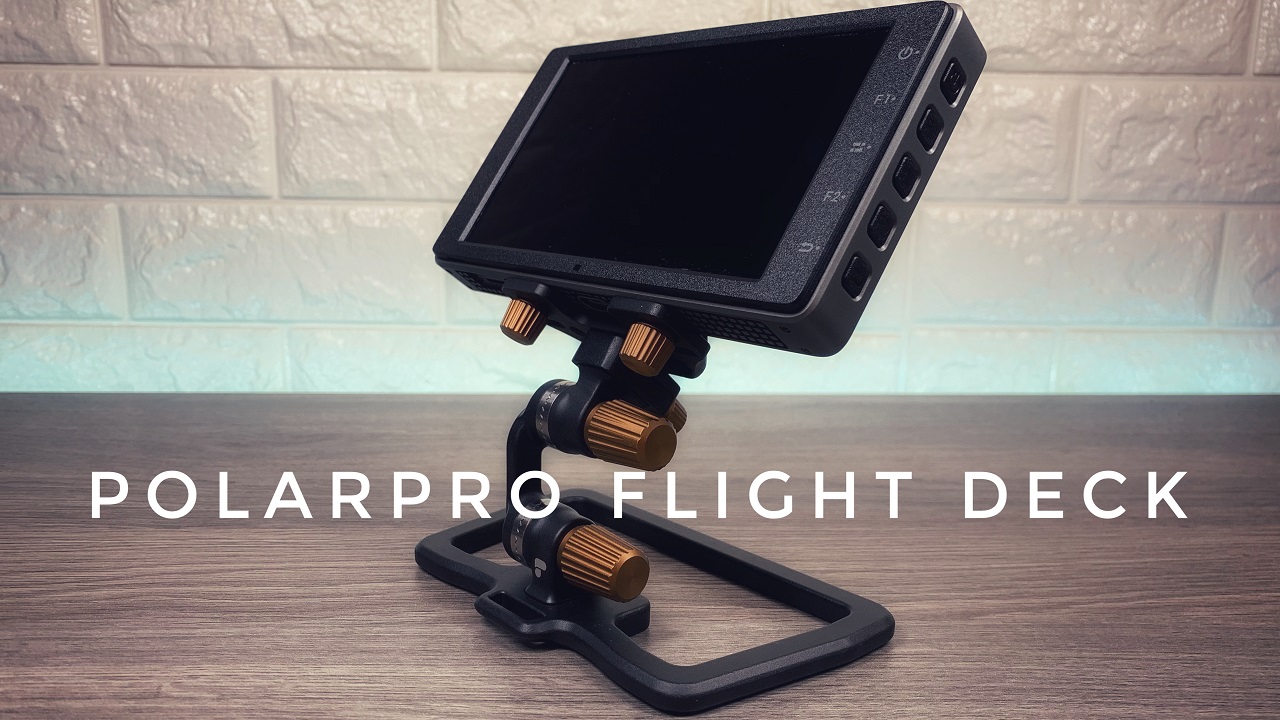 A few weeks back Polar Pro launched one of its newest products called the Flight Deck and I have been waiting for a mount like this for a very long time. Flight Deck is a system for mounting your Crystal Sky monitor in you DJI Mavic Pro/Mavic 2 and Mavic Air controller. However, with the included free tablet mount it is also a great solution for mounting tablets in the controller as well. The best part is, with its quick mount feature you can swap monitors on the fly quickly and easily with no hassle. Up until now if you wanted to fly with a Crystal Sky and a tablet or phone it meant you had to bring several types of mounts out in the field with you, not anymore!

One nice feature that PolarPro included is the removable mounting plate that is attached to the tablet mount, this allows you to remove it and attach it to any smartphone or tablet mount that you wish. This makes the Flight Deck even more versatile. The PolarPro Flight Deck is compatible with Both the 5.5 inch and 7.85 inch Crystal Sky monitors and can be mounted in the DJI Mavic 2 series, Mavic Air and the Mavic Pro/Platinum. One feature that really makes the Flight Deck stand out from other mounts is the fact that you can adjust both the height and angle of the Crystal Sky, most mounts only allow you to adjust the angle. It has a small loop at the bottom for those who like to attach a lanyard to their remote. When attaching the Crystal Sky to the Flight Deck, no screwdrivers are needed. The flight deck used thumb screws that can even be attached to itself so they won’t get lost when not in use. The PolarPro Flight Deck also feature tapered edges that give the unit a much more natural feel when mounted in the controller. PolarPro states that other mounts will be introduced over time for devices such as smartphones and possibly extra large tablets, making the system even more adaptable.

PolarPro’s engineers did a fantastic job in the development of the Flight Deck, a quality build, and a truly useful product. I highly recommend the Flight Deck to anyone looking for a mount for their Crystal Sky or tablet. 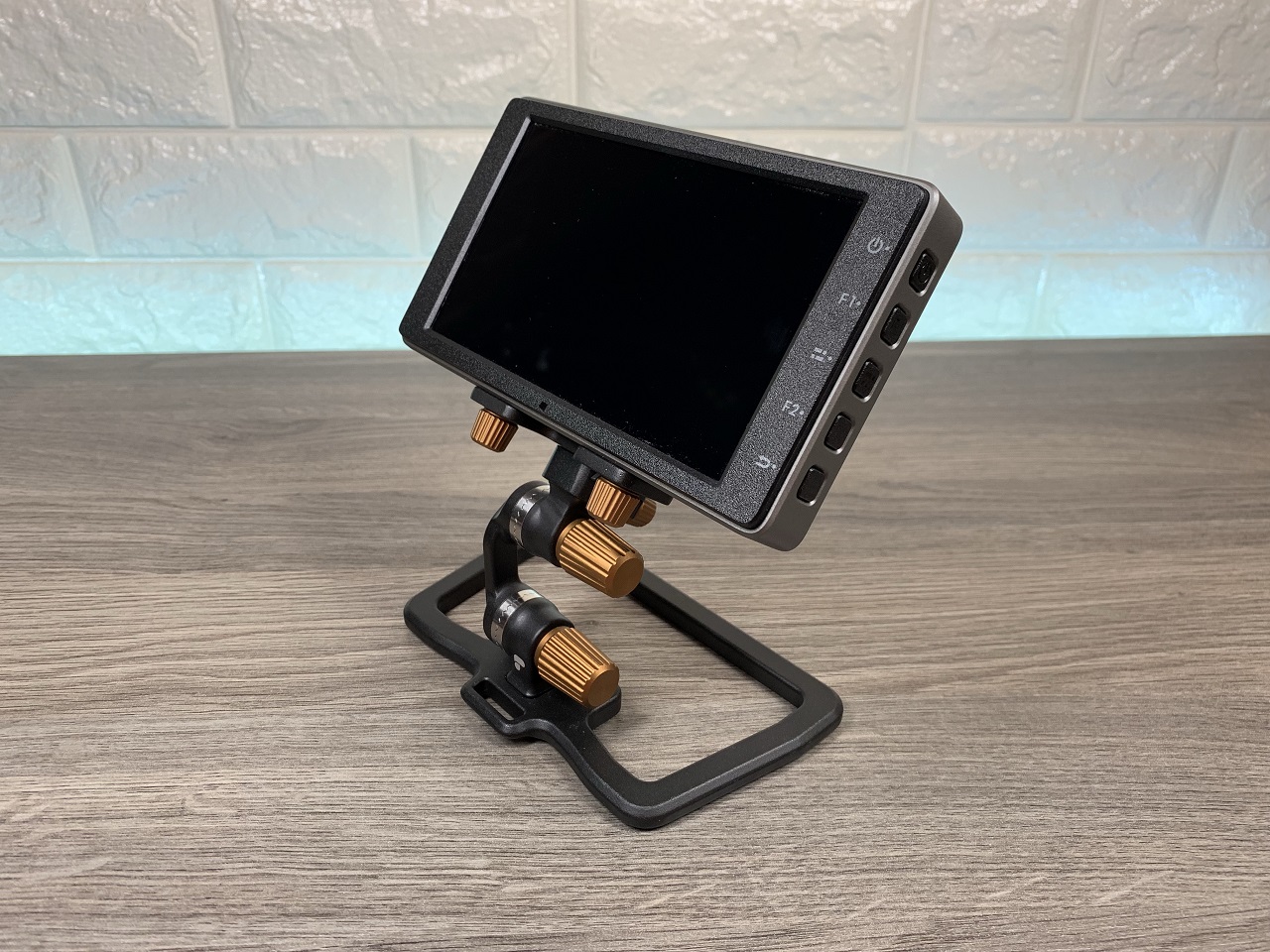 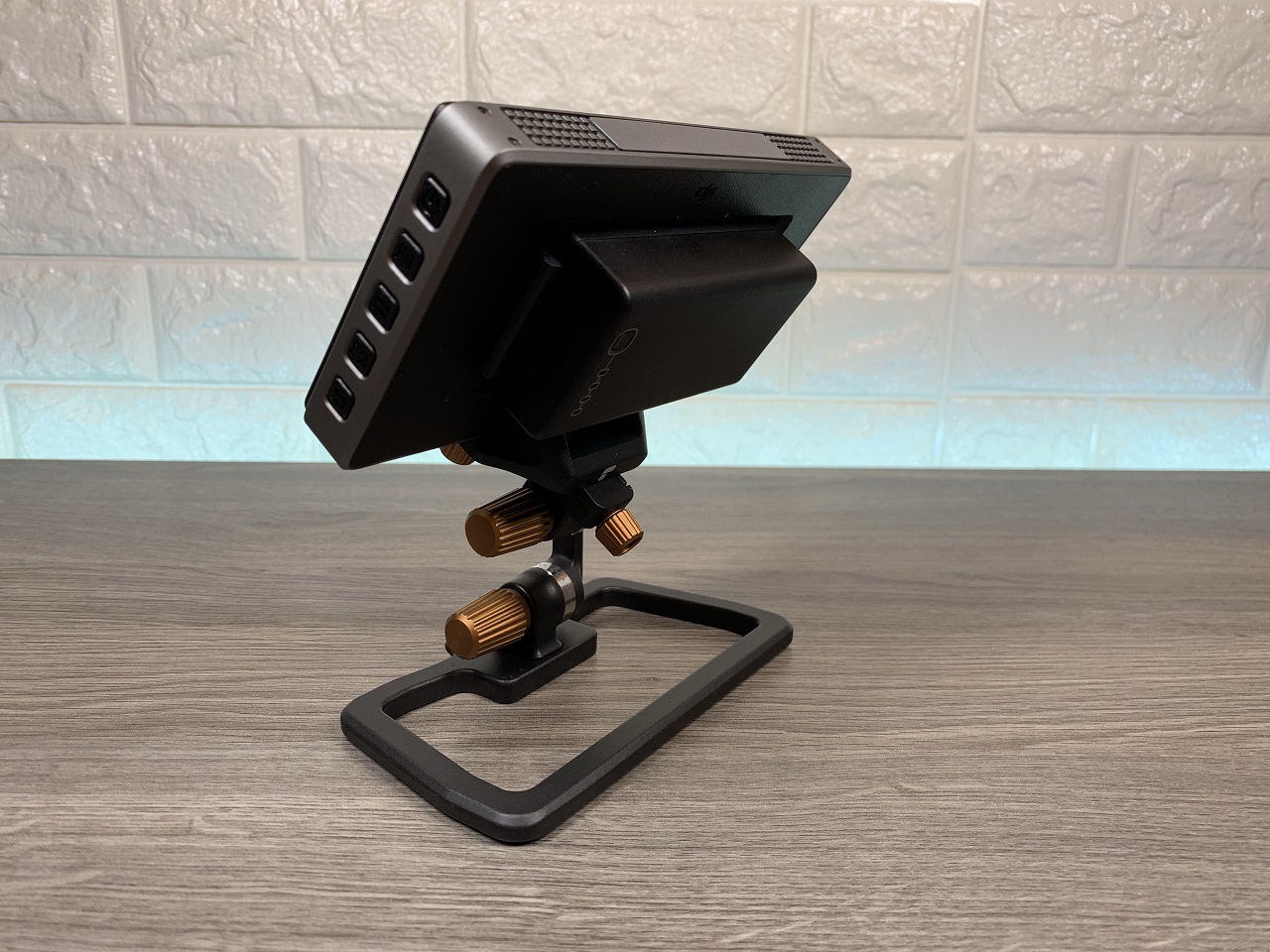 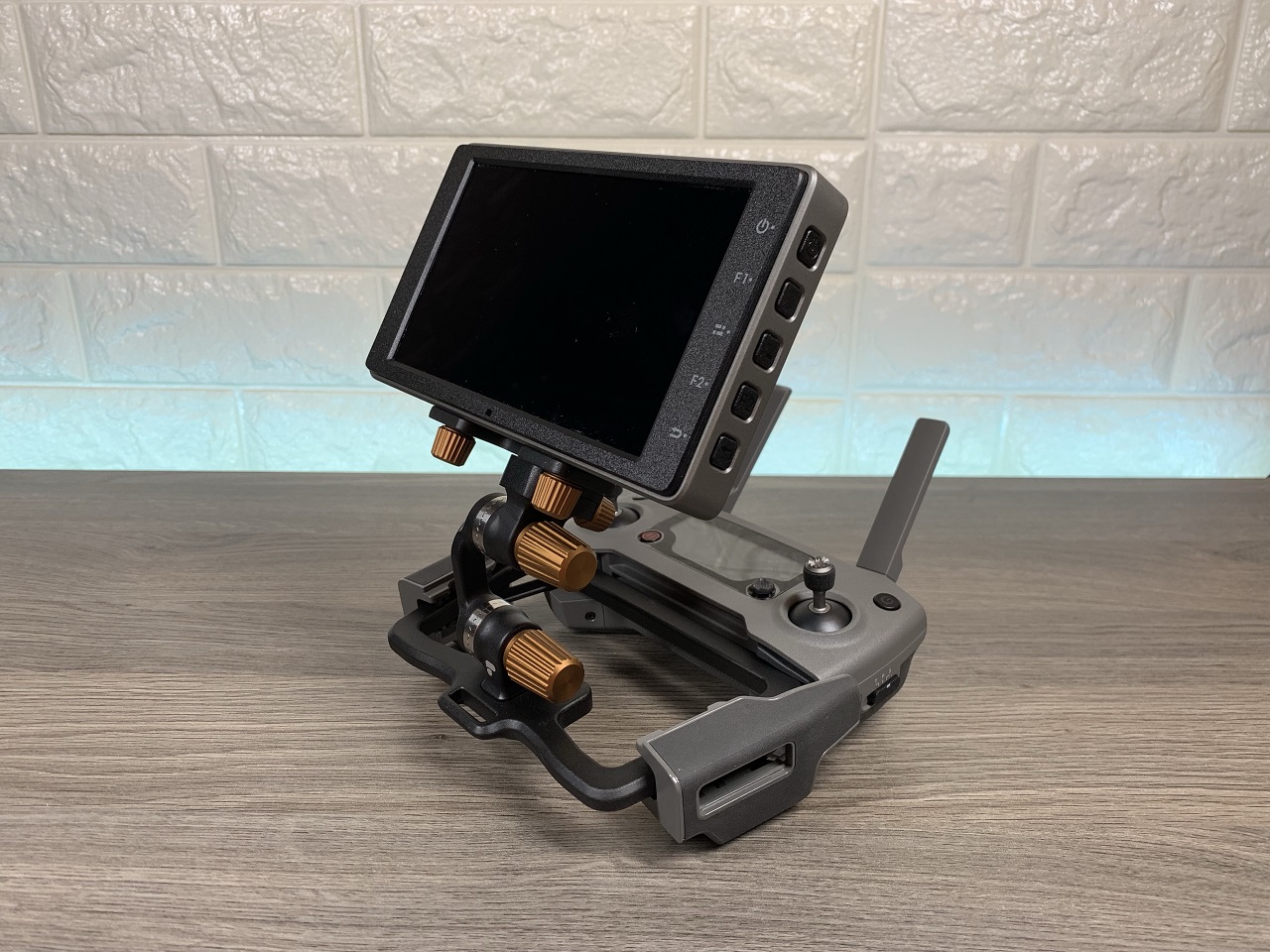 The PolarPro Flight Deck mounted in the Mavic 2 controller. 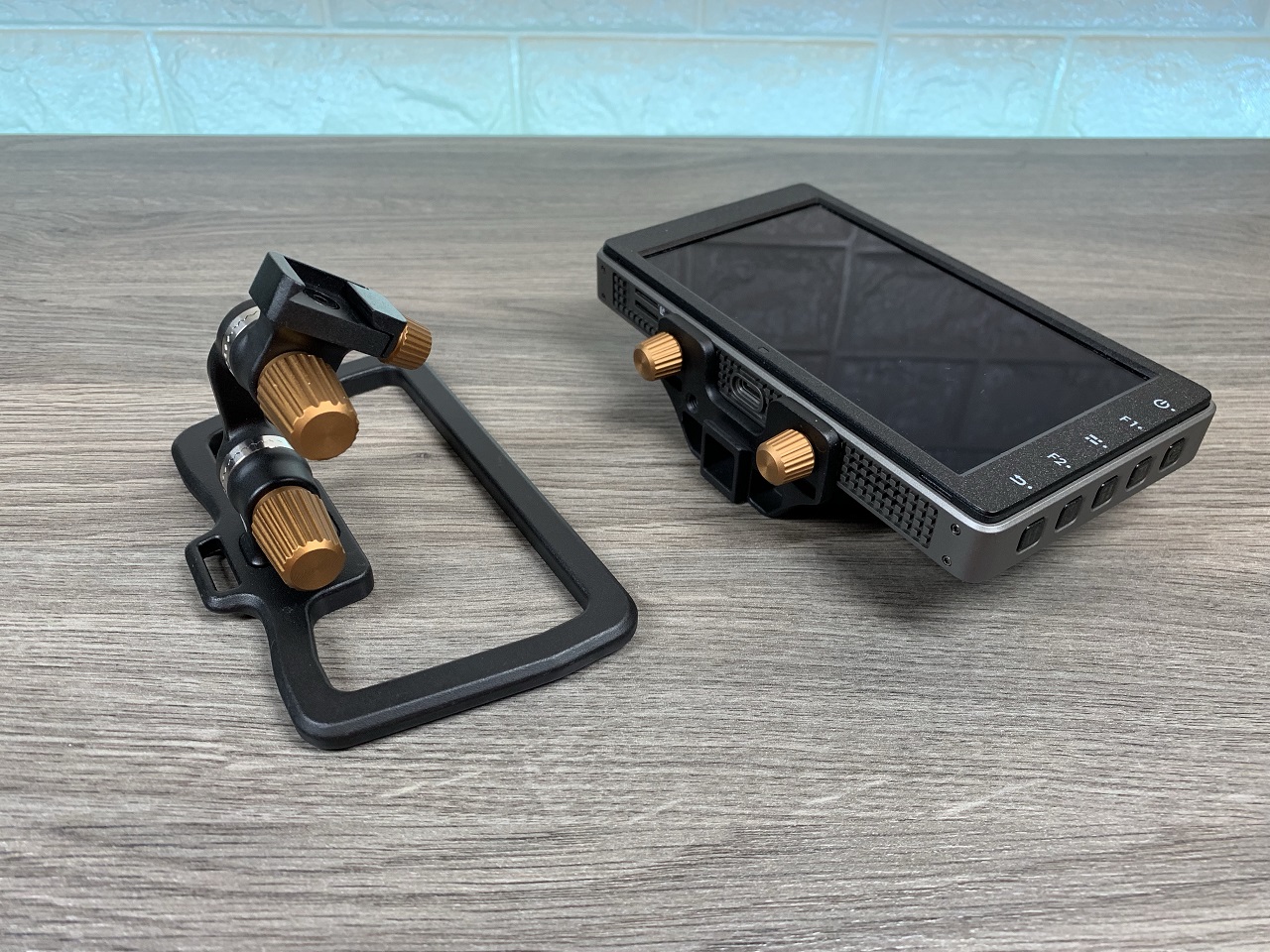 The quick connect/disconnect feature allows you to set up and tear down quickly with no hassles. 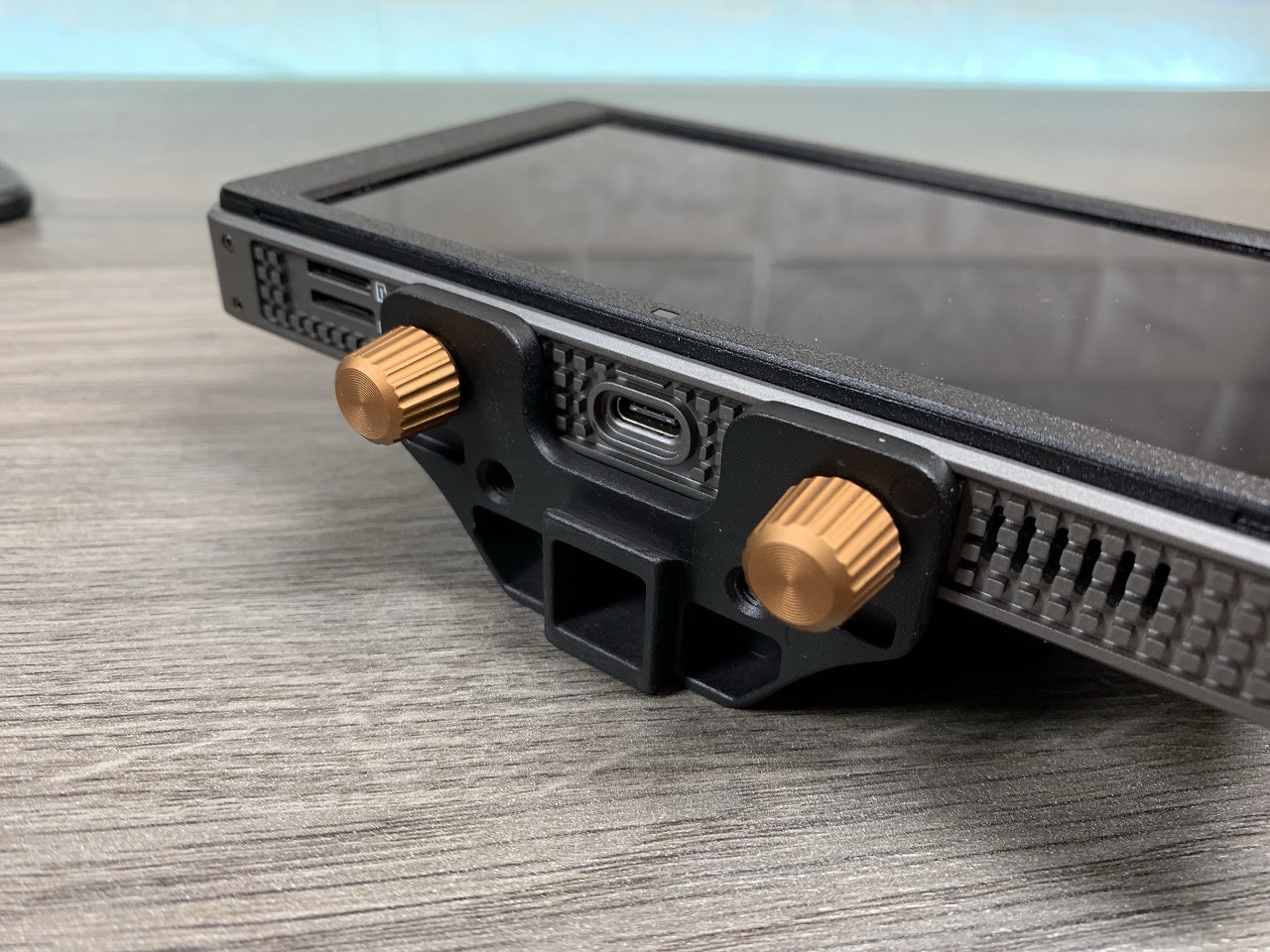 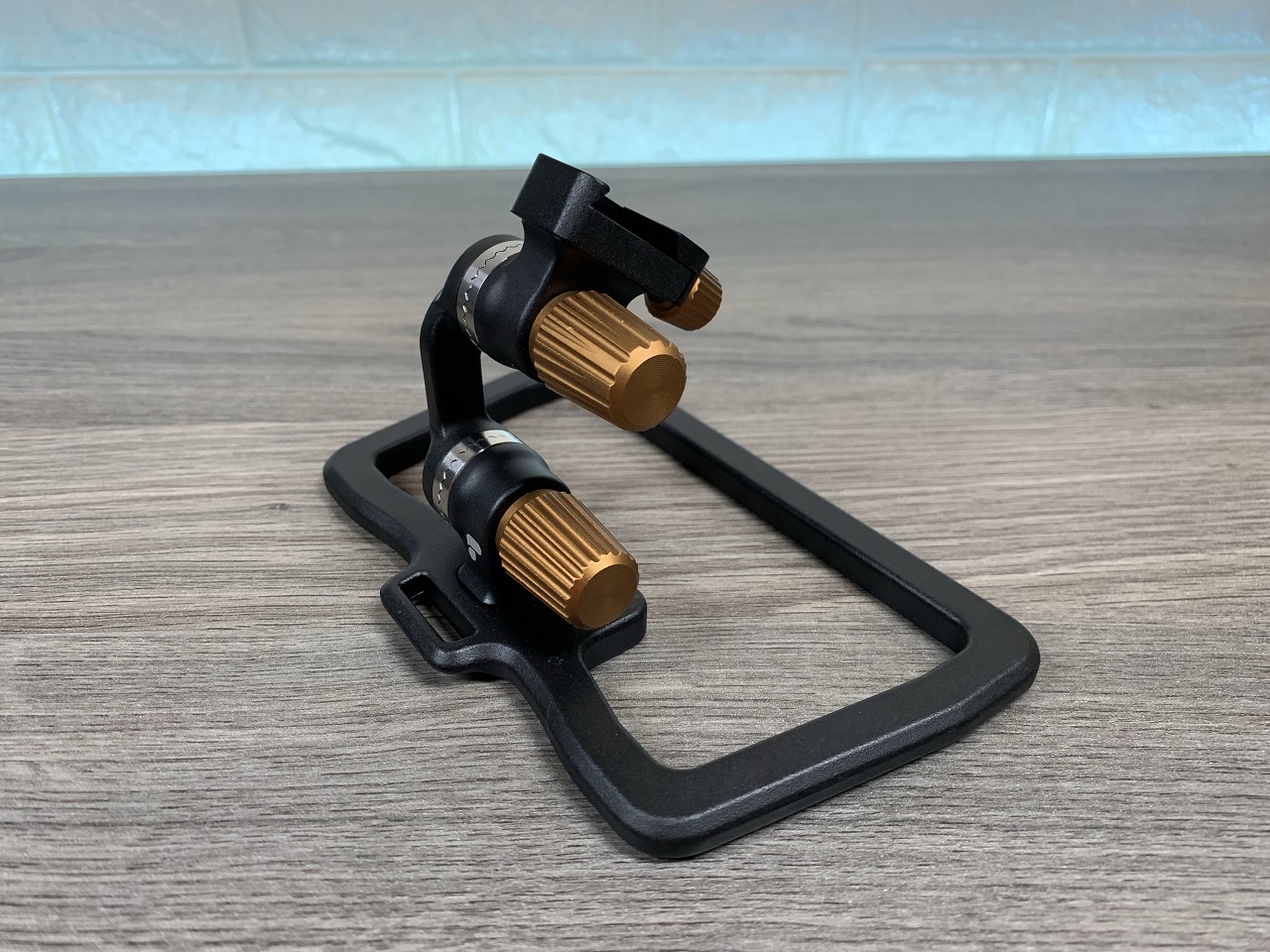 The PolarPro Flight Deck can be adjusted to many angles and heights to accommodate any users preferences. 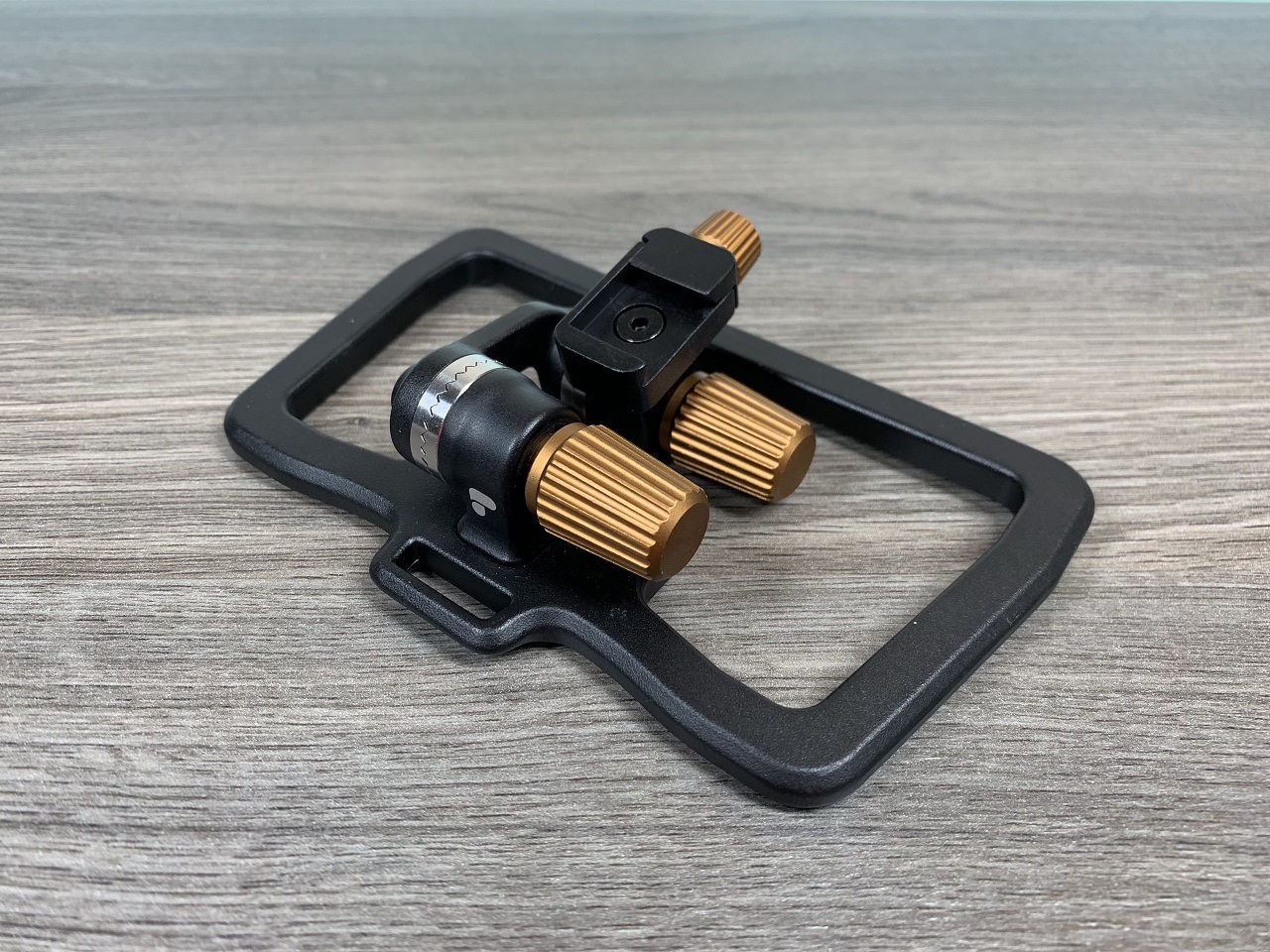 The PolarPro Flight Deck folds up nice and small for easy storage and transport. 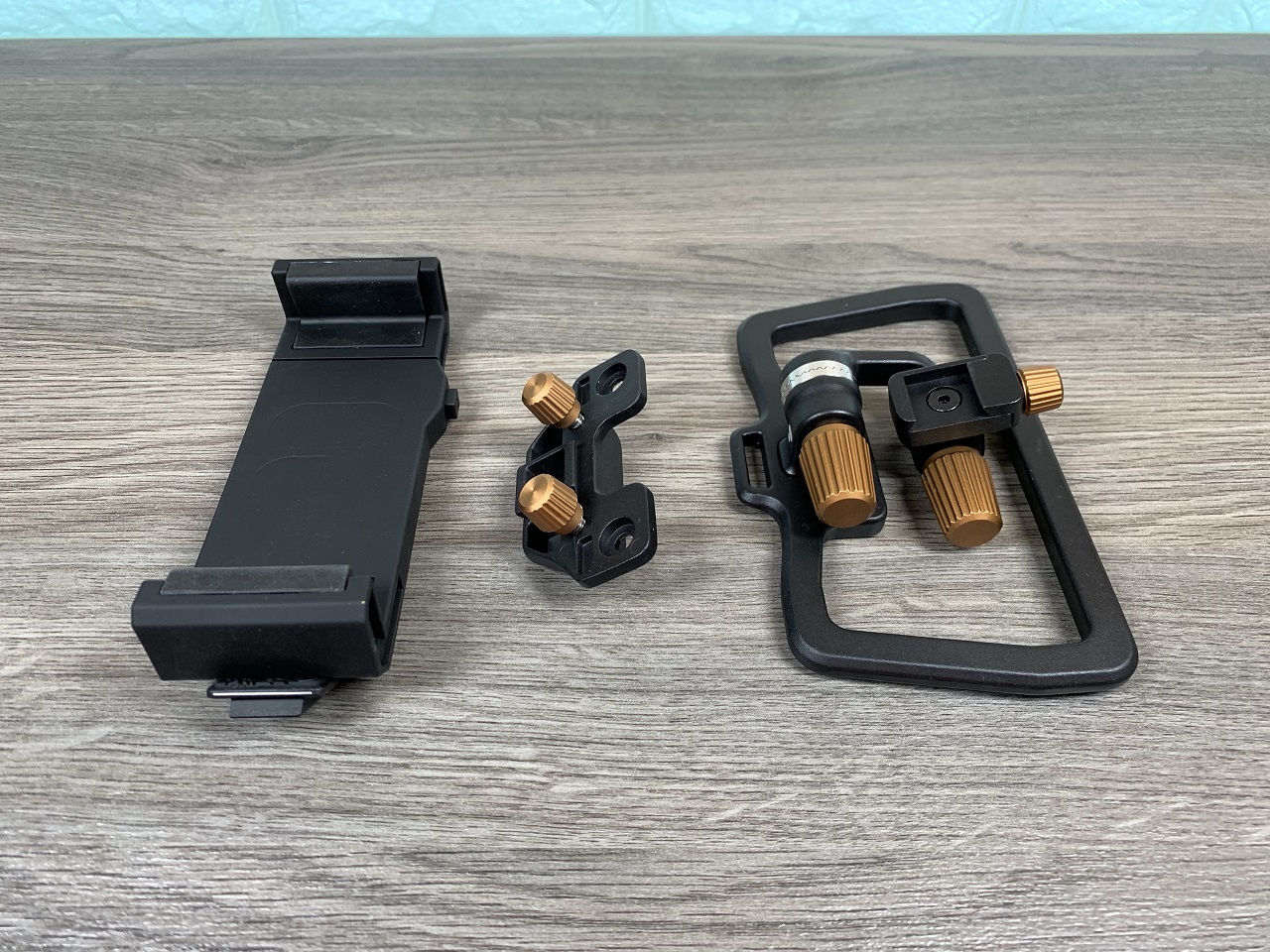 All parts included in the box of the PolarPro Flight Deck. 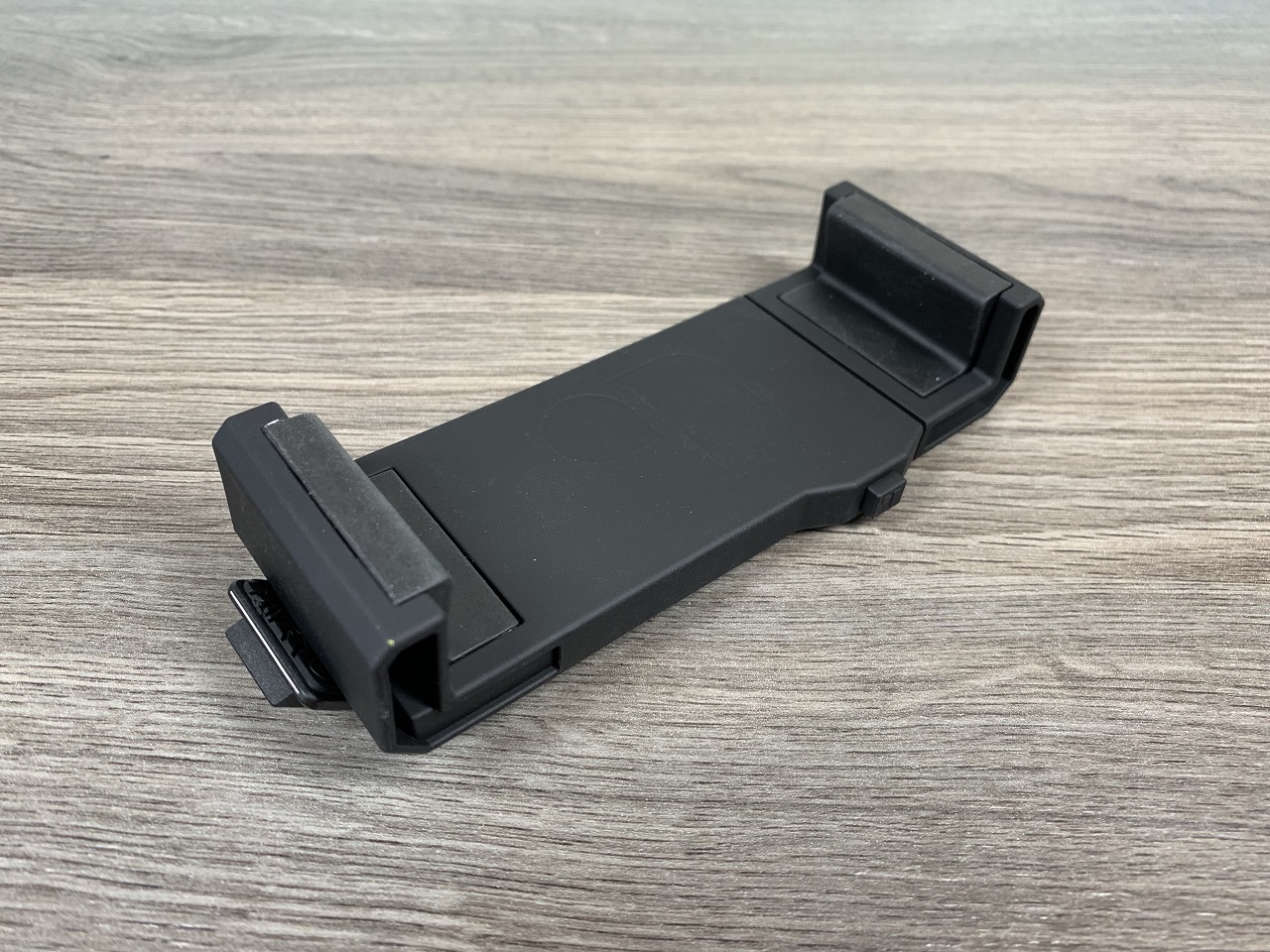 The PolarPro Flight Deck comes with a bonus tablet mount. 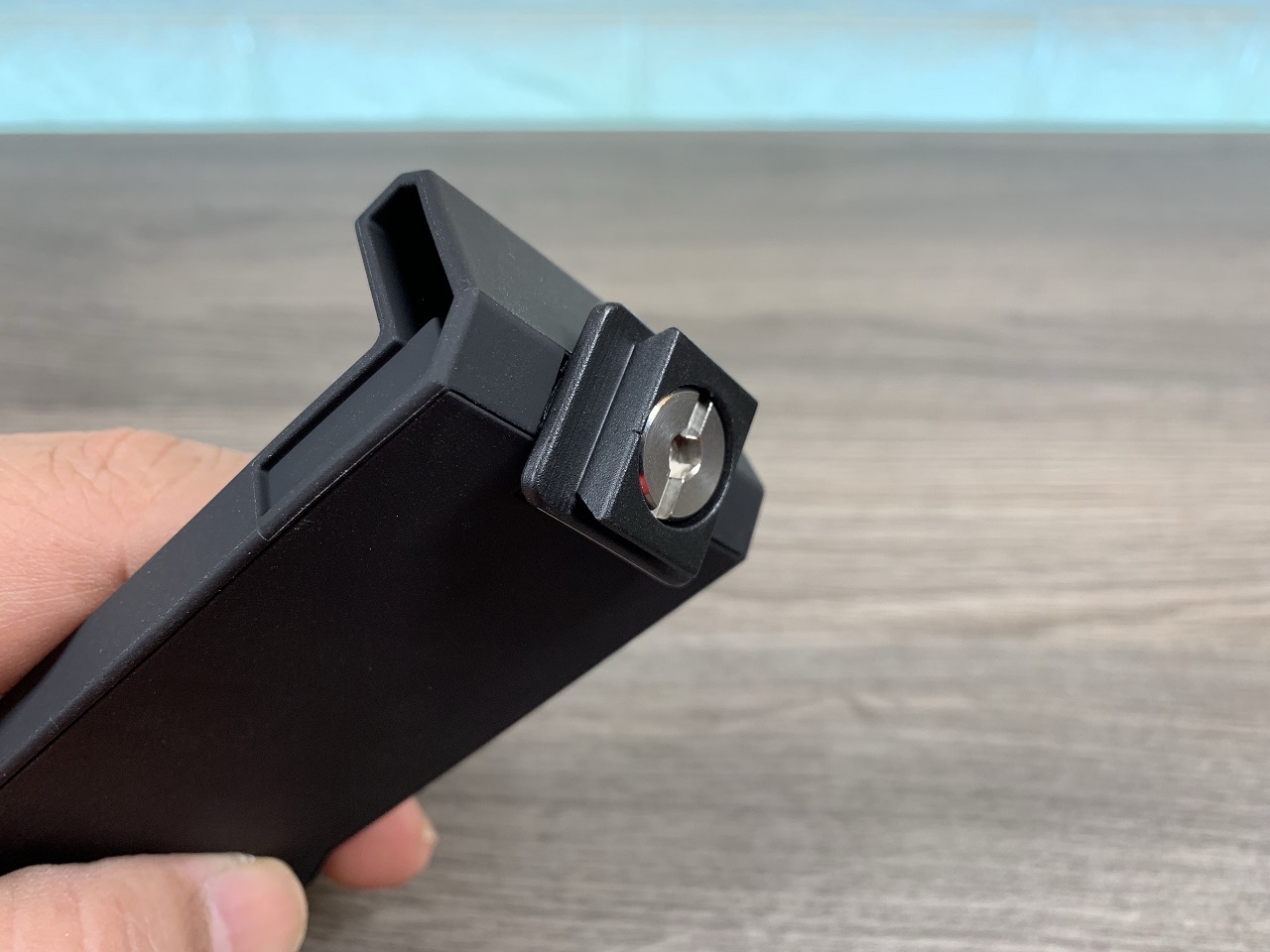 The bottom of the included tablet mount features a removable quick connector that can be attached to any tablet or phone mount with a 1/4-20 tripod connector. 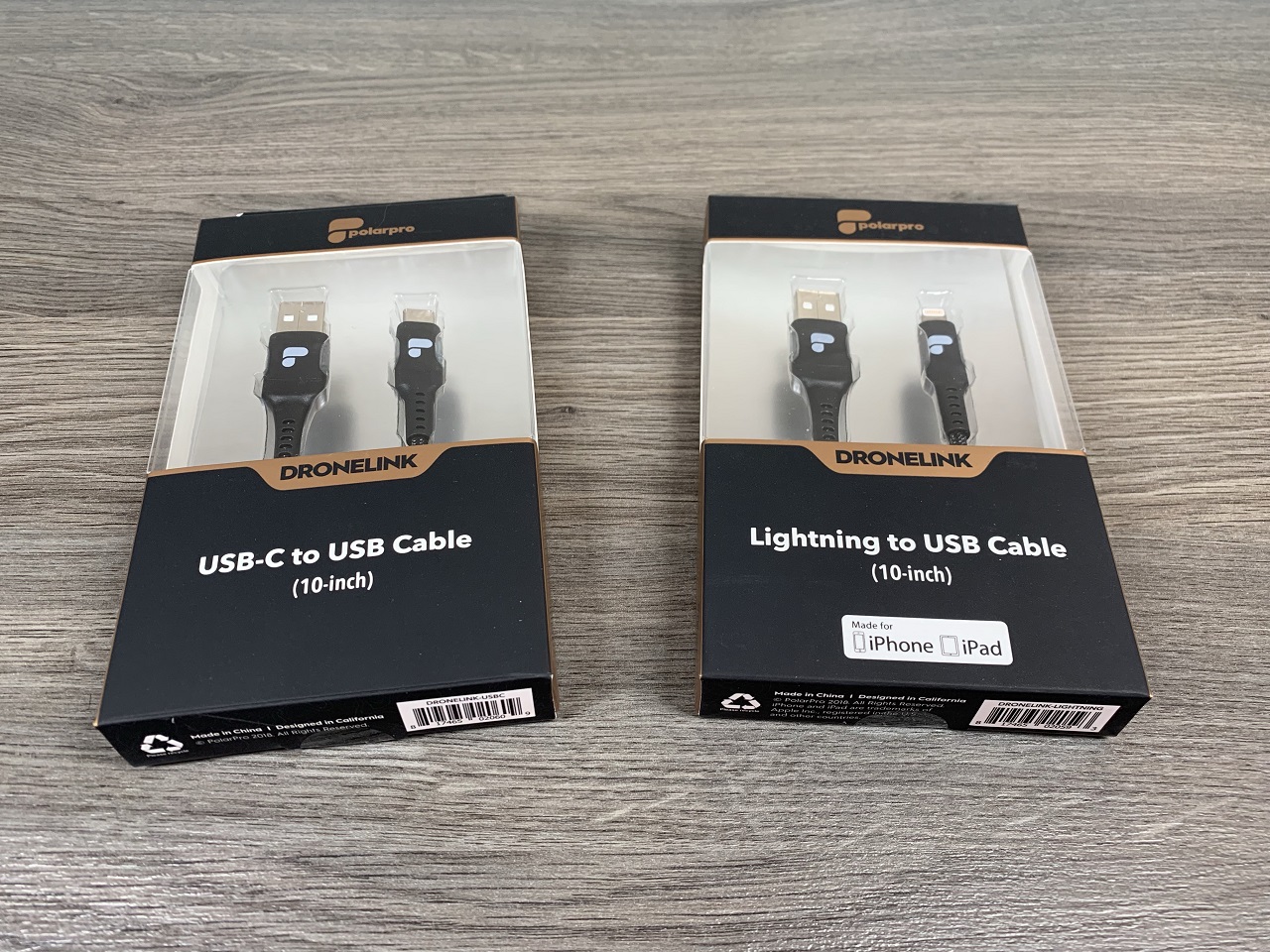 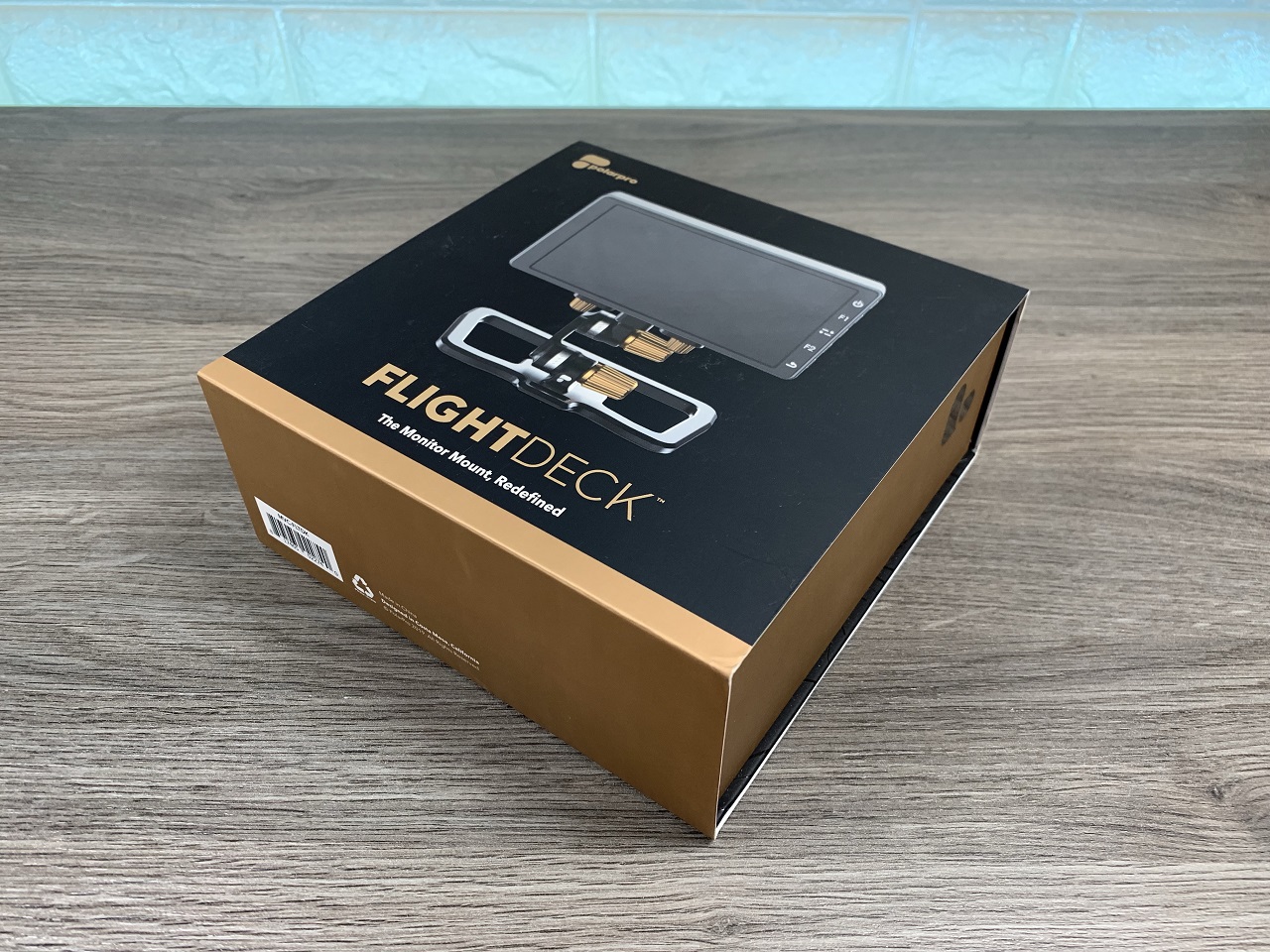 DJI Mavic 2 Pro/Zoom Foldable Landing Gear | PolarPro Versus CamKix, Which One Is The Better Buy?