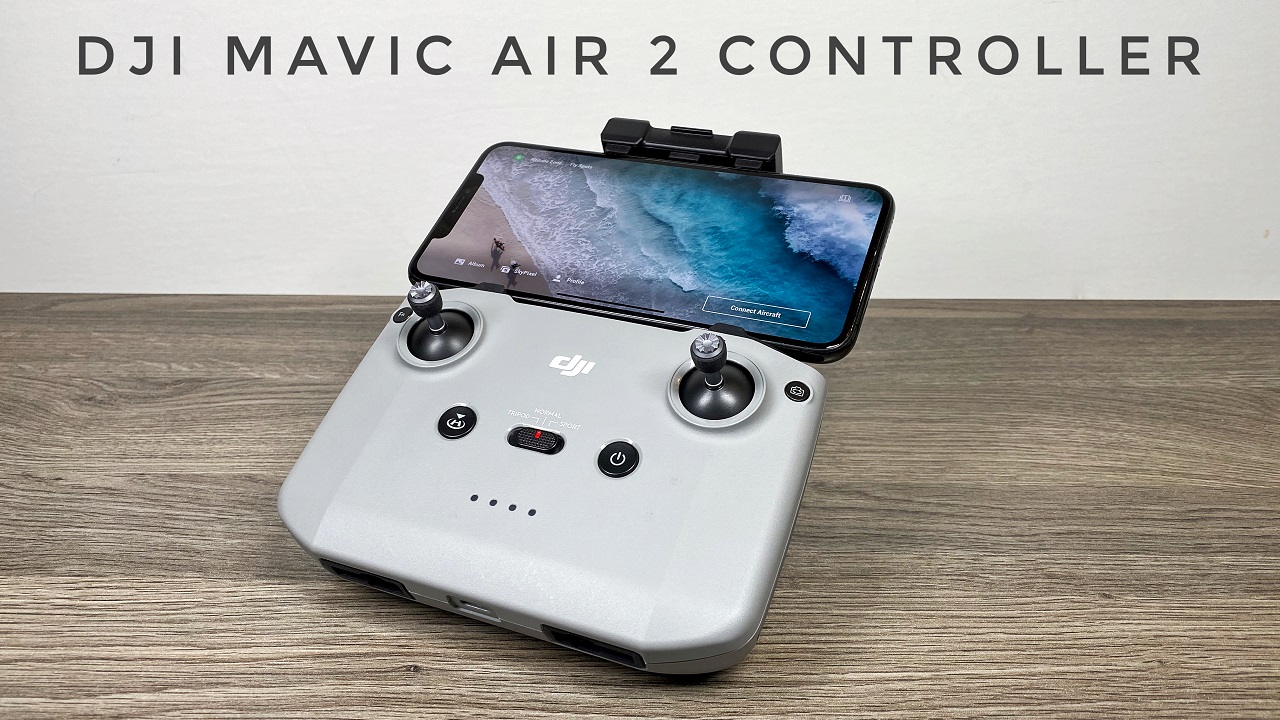 I normally do not create dedicated videos or blog posts for stock controllers that ship with DJI Drones, however, I think the newly redesigned controller that ships with the Mavic Air 2 warrants one as there are significant changes. All the past Mavic series drones shipped with a standard controller that was very similar in design for each model, it was well built, functional, and comfortable to hold. When storing or packing the original controller it folds up into a nice compact package that was easy to transport. It has seen some design tweaks and functionality changes with all the different versions of the Mavic series but for the most part, it has always retained its very familiar form factor.

With the launch of the Mavic Air 2, DJI has also unveiled a newly designed remote that is radically different from previous models and personally I think it is fantastic. When it comes to its shape this new Mavic Air 2 remote controller is very similar to the Smart Controller which I found to be very comfortable to hold. The new Mavic Air 2 controller is larger than the original controller but not by much and because it still has removable control stick it’s just as easy to pack in a small camera bag or even put in a pocket if necessary. Even though it is larger, this new controller has many new features that make it superior to the previous design and I think anyone who is concerned with the design of the new controller will be satisfied once they get one in hand.

The build quality of the new Mavic Air 2 remote is superb, it looks sleek and does not feel cheap in the hand. As stated it is very comfortable to hold and just like all other DJI remotes the sticks feel solid and smooth allowing you to get precise movements with your drone. The joysticks store securely in the bottom of the controller and are easily accessible when its time to attach them. This new controller is now fully USB-C and that is going to be pleasing to many. All DJI remotes in the past (other than the smart controller) still had MicroUSB on the side for charging and for the data cable. The Micro USB was a sore point for many as it was easily damaged if you tried to connect a charging cable wrong and for the most part just outdated. The new controller has two USB-C ports, one on the bottom for charging and one on the top for connecting to your smartphone.

With the new Mavic Air 2 controller setup, you now mount your phone at the top of the controller compared to the bottom on older models. I think this is a welcome change as it feels more natural when viewing your live video feed, no more sore necks having to look straight down at the screen. Many DJI pilots in the past would purchase accessories that enabled you to mount your phone up higher just because it does give you a more natural viewing experience. The spring-loaded mechanism that is used to hold the phone in place is very robust and seems to be well built, and I must say mounting a phone in the remote is so much easier with less fiddling around, a very welcome change. I also noticed that having a case on my phone did not cause any issues with mounting. With the older style controllers, I would have to remove my case before I could mount and connect my phone. The other advantage of this new mounting system is all the phone buttons are easily accessible if you need to change any settings.

One of the biggest improvements of this new Mavic Air 2 controller is OcuSync 2.o now giving the Mavic Air a 10 KM transmission range with a nice solid connection just like the Mavic 2 series. Poor WiFi connection and the range were probably one of the biggest complaints with the original Mavic Air. With Ocusync 2.0 you will be able to experience a solid connection and stable feed even when flying in congested WiFi environments such as heavily populated urban areas. You will notice as well as the Mavic Air 2 controller has no fold-out antennas, they are built right into the controller. This will be a benefit to many as you no longer need to make sure they are always angled in the right way.

DJI claims that this new Mavic Air 2 controller has a longer battery life which I have not yet been able to put to the test. But I will update this article once I get a good feel for it. All in all, I think the Mavic Air 2 controller is a great upgrade from the original Mavic Air controller and makes me wonder if this is going to be the new stock design for all DJI drones going forward.

Some photos of the new DJI Mavic Air controller 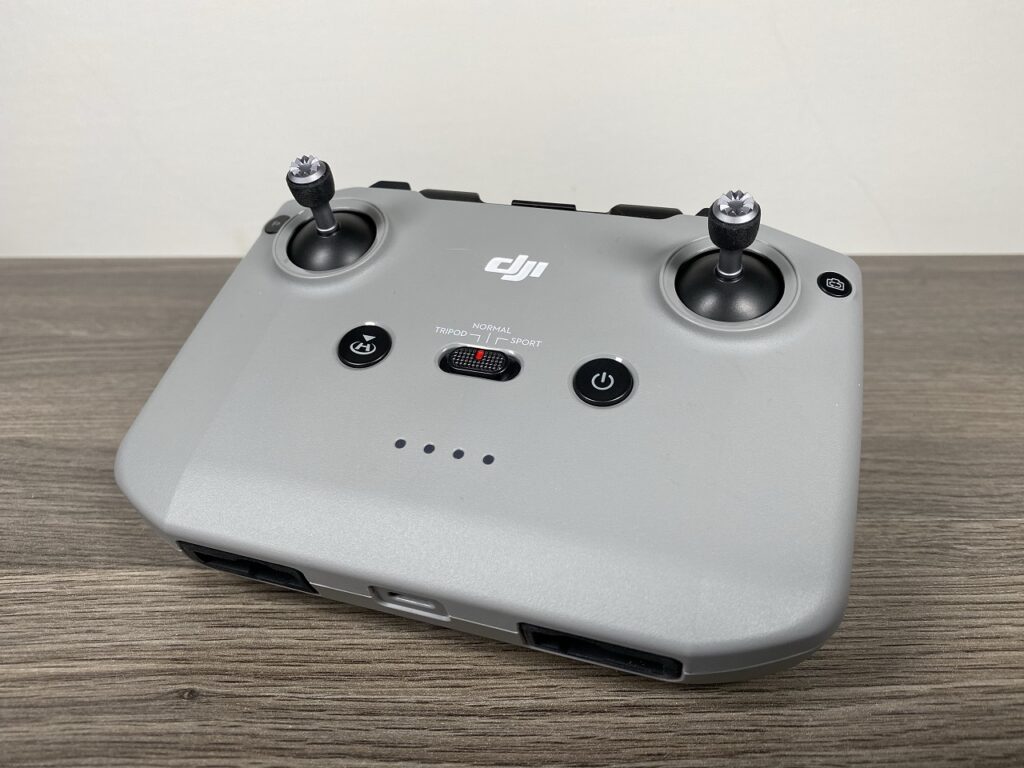 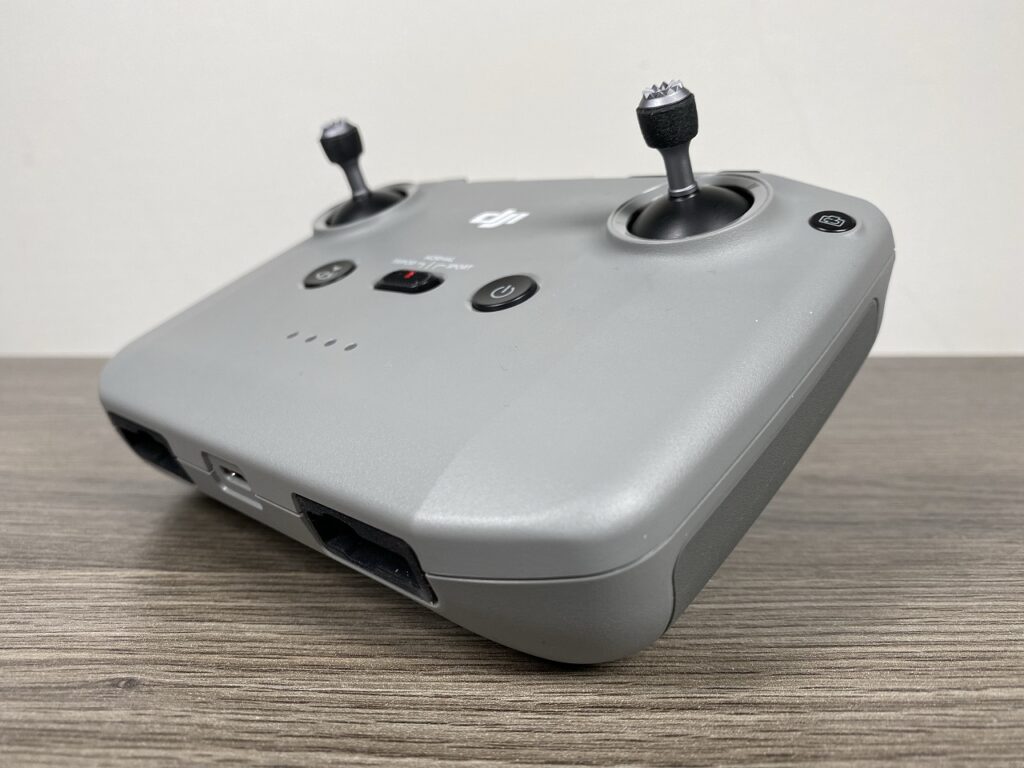 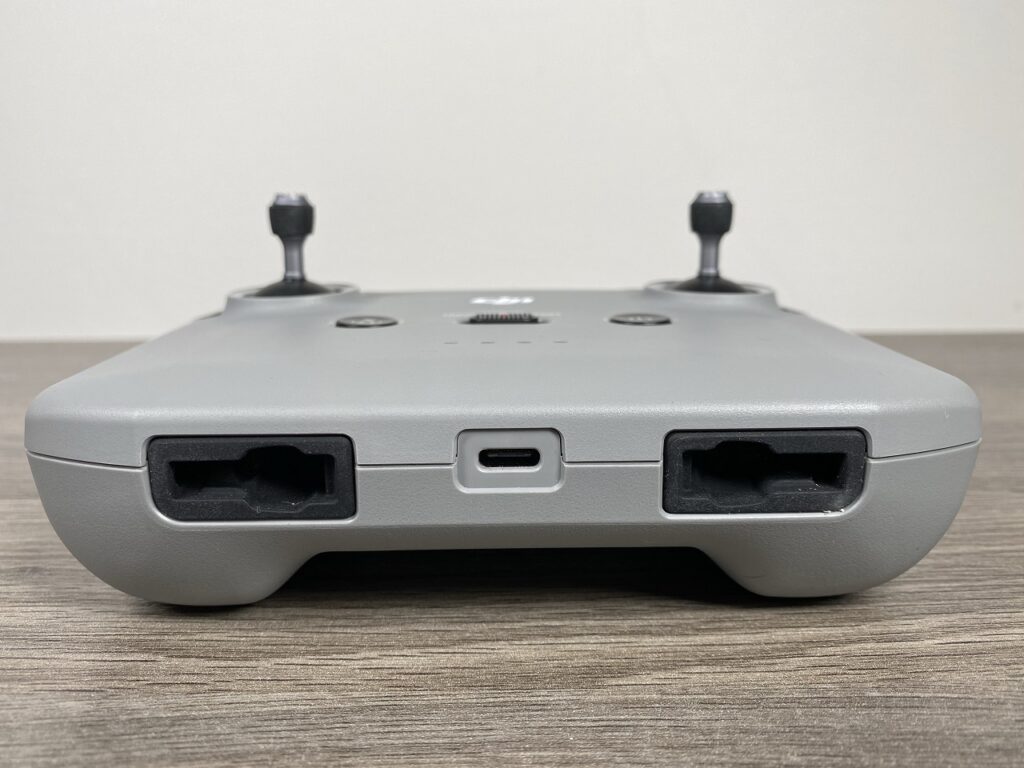 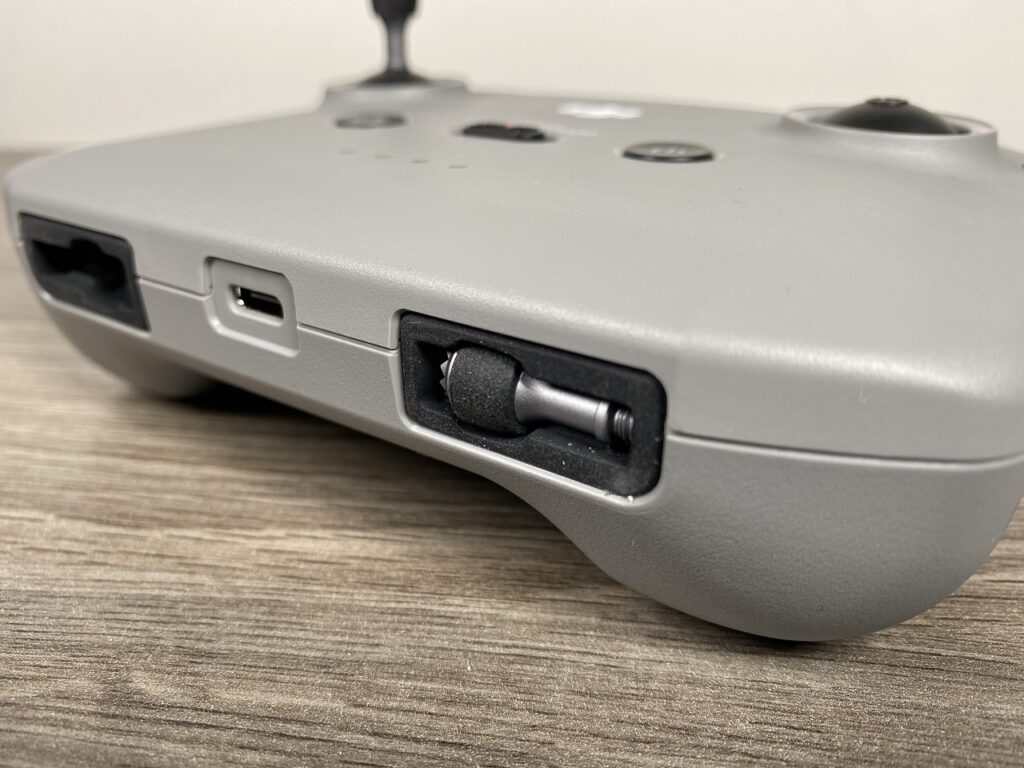 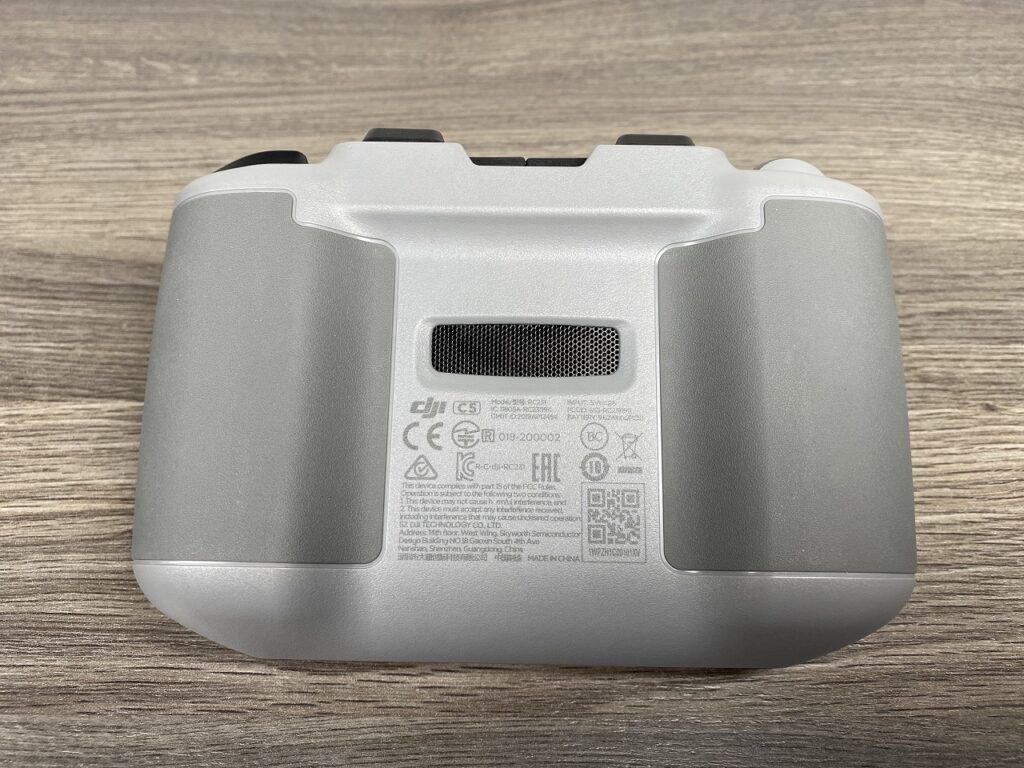 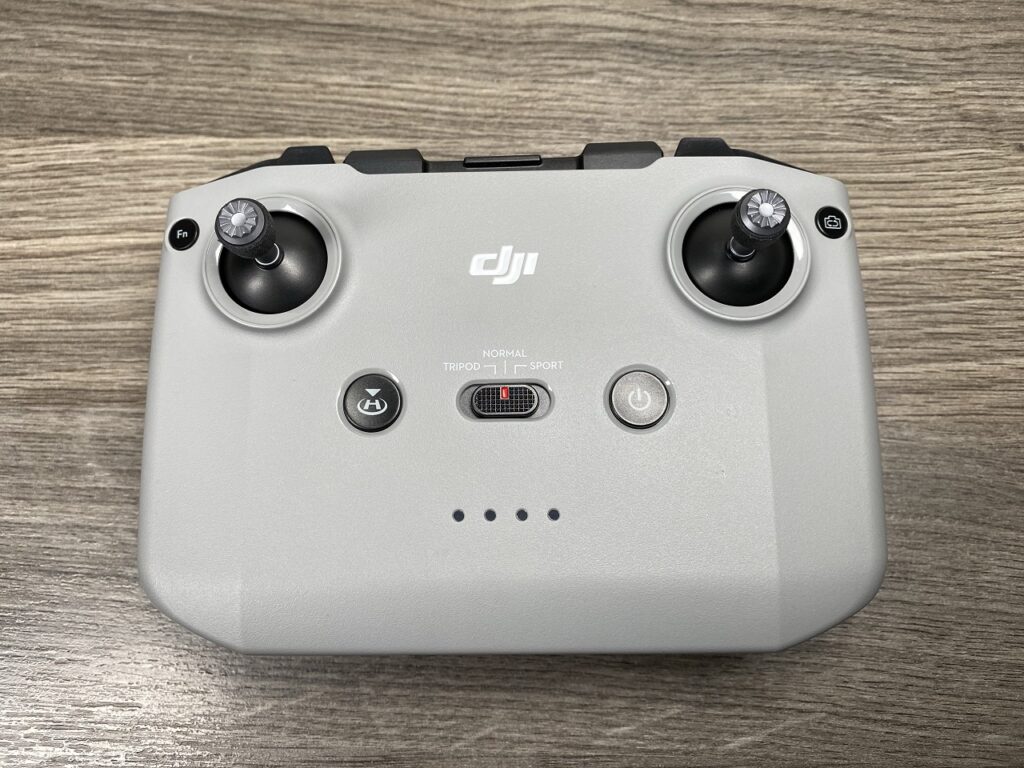 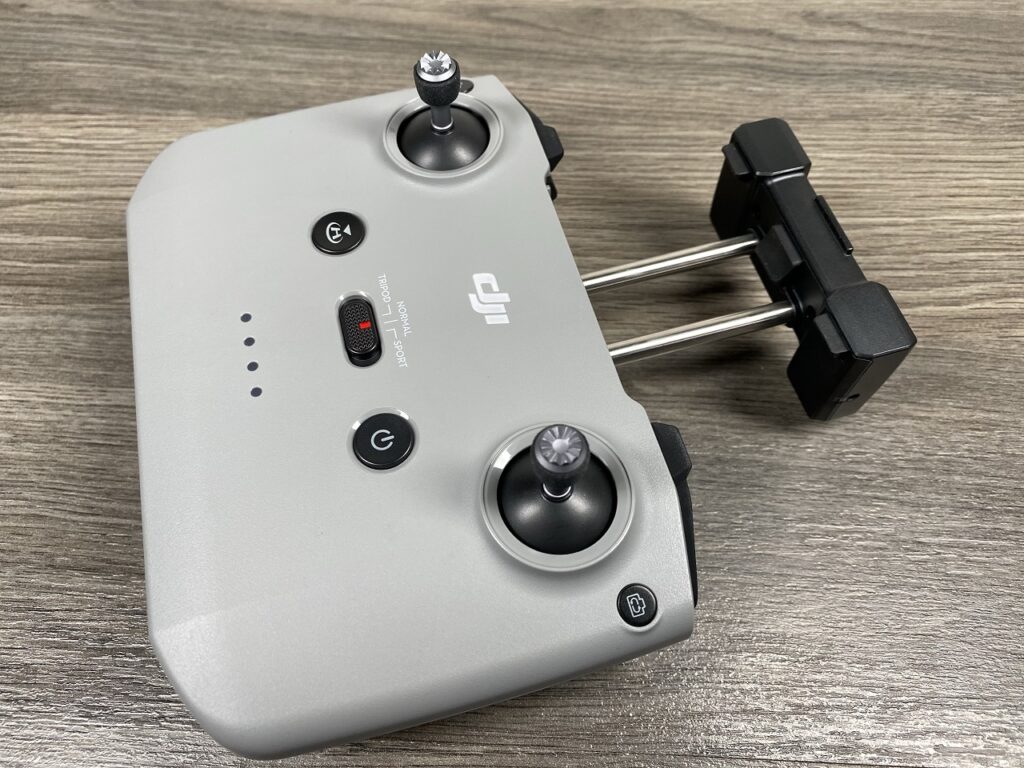 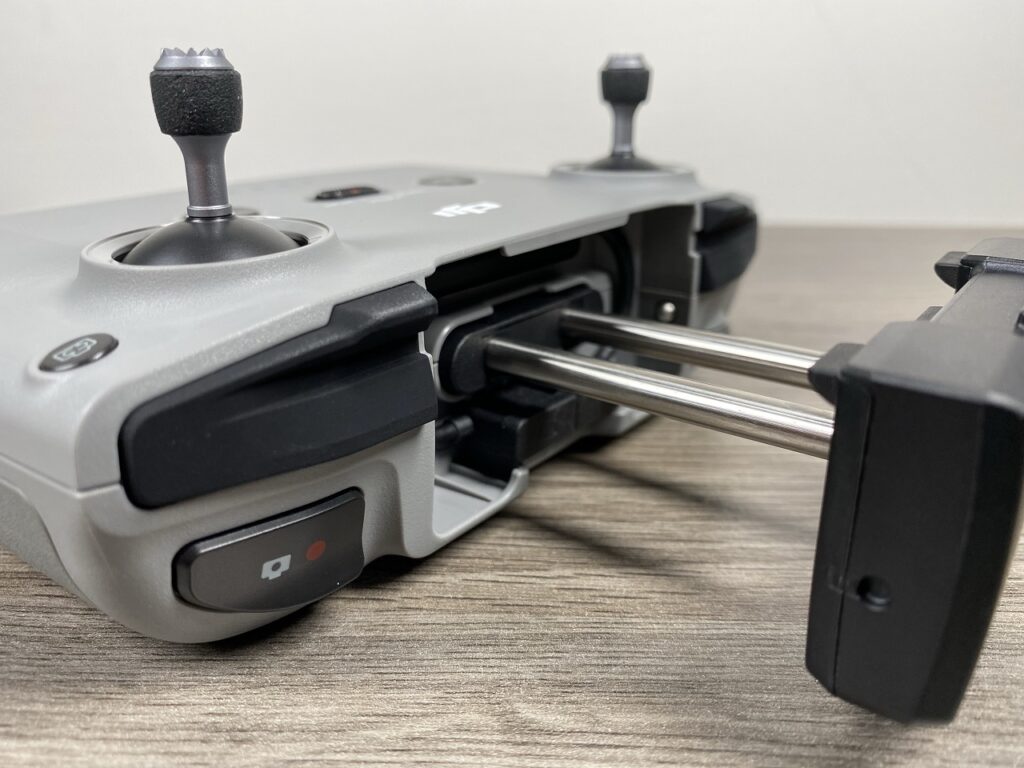 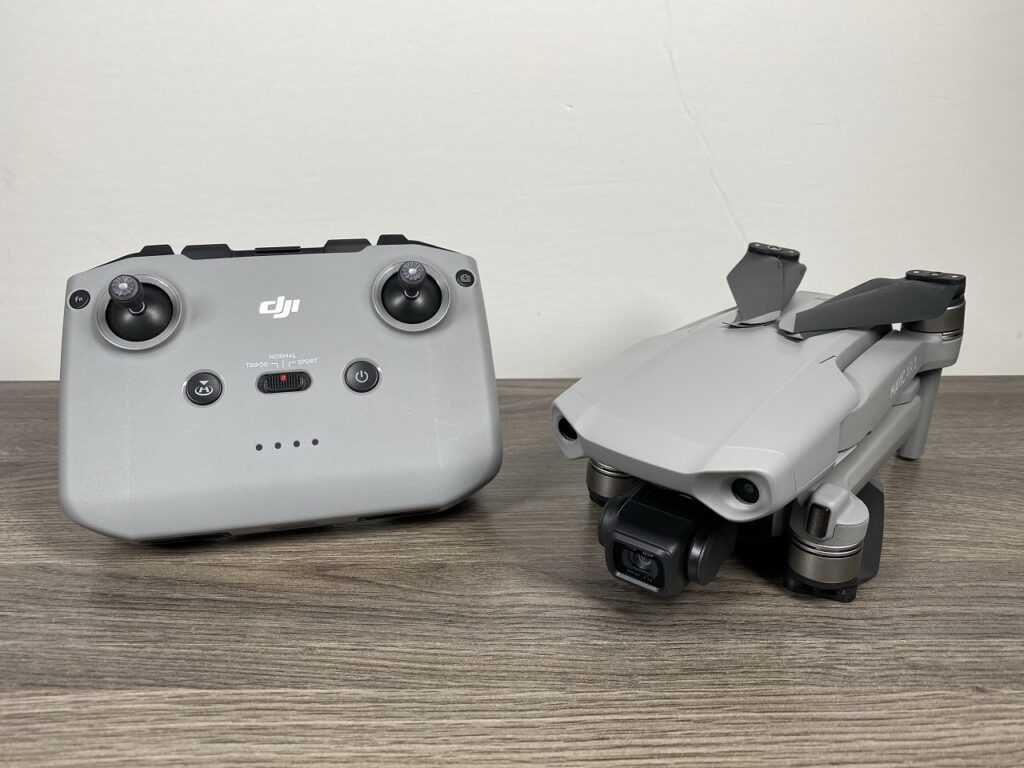 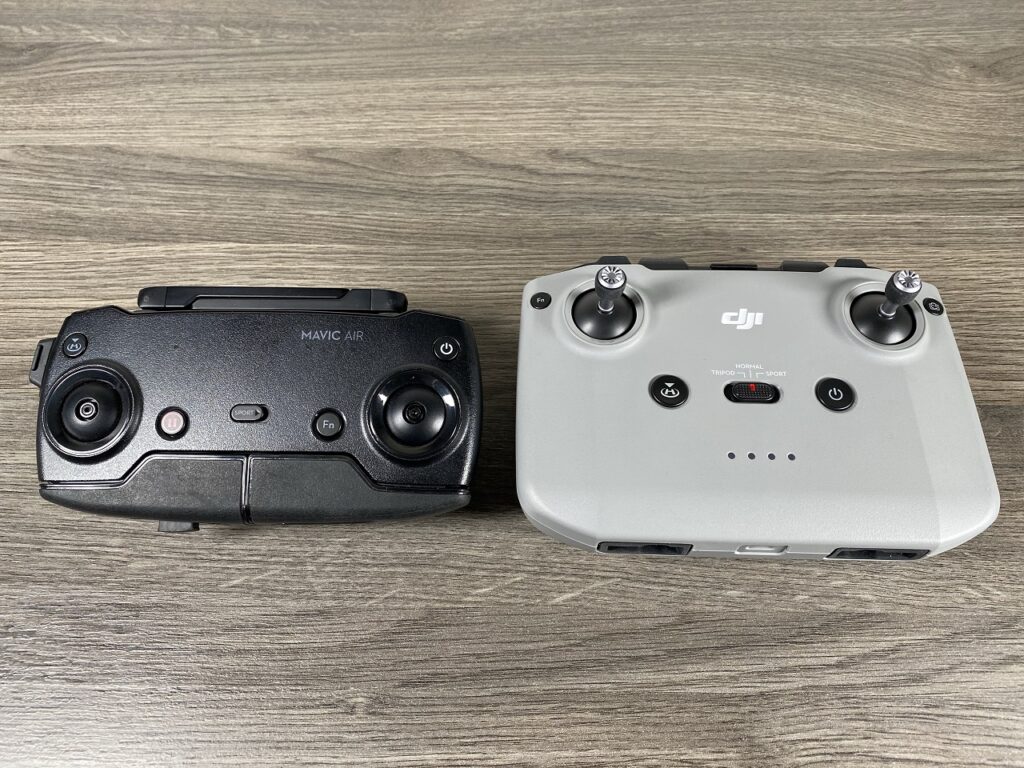 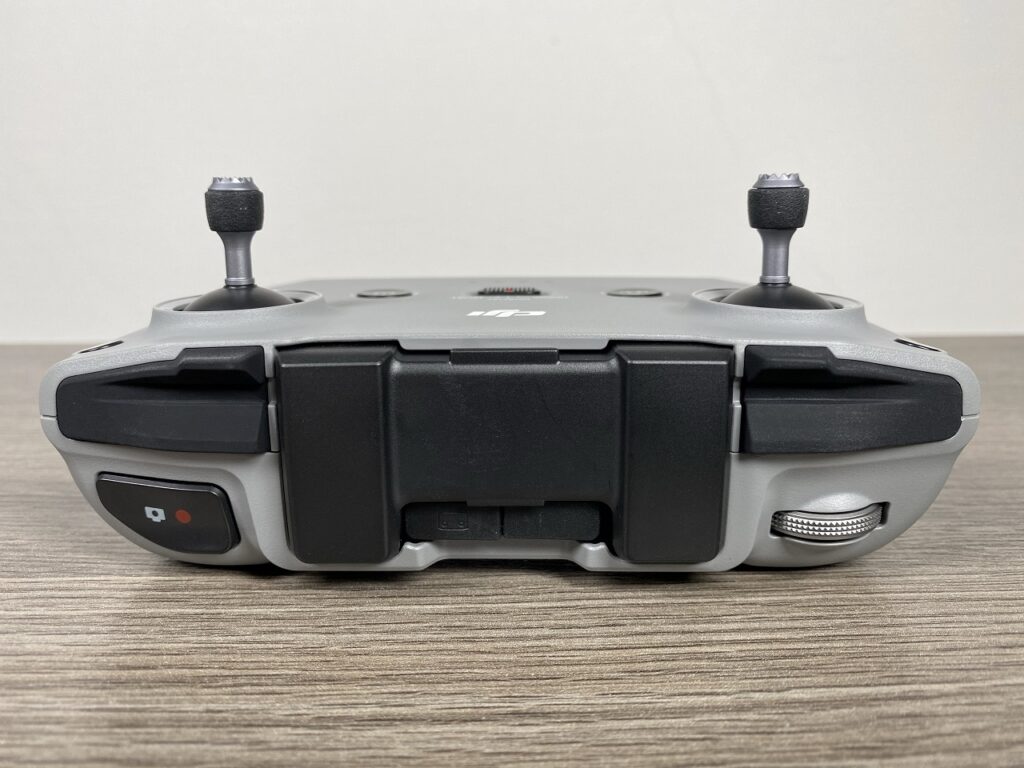 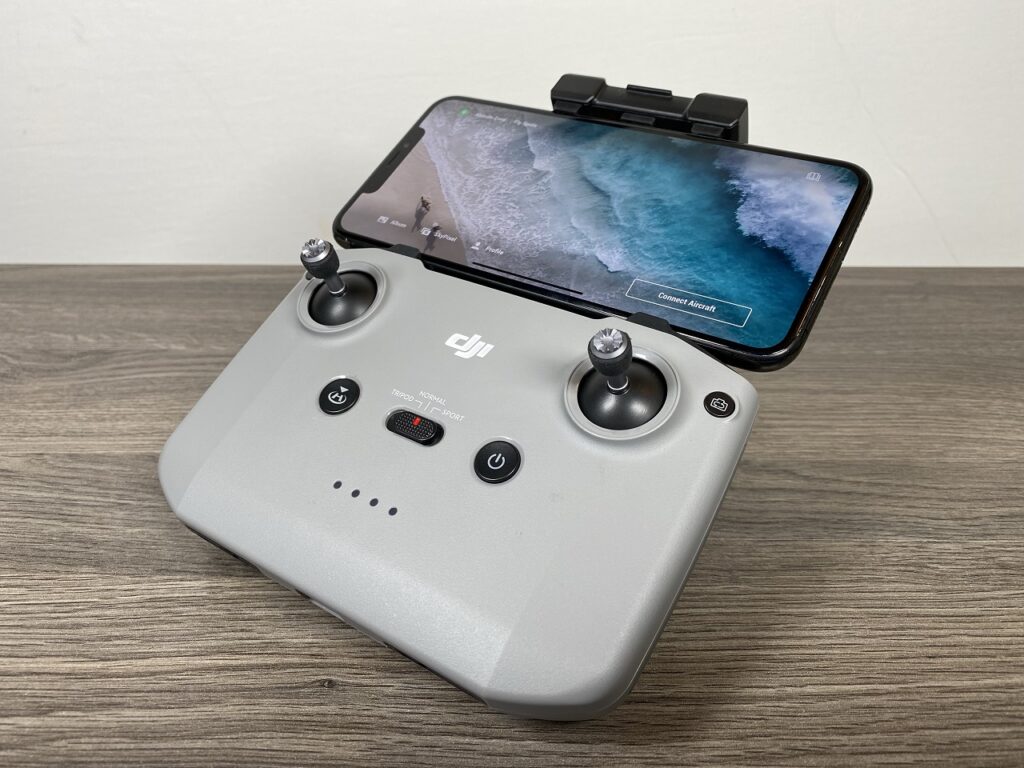 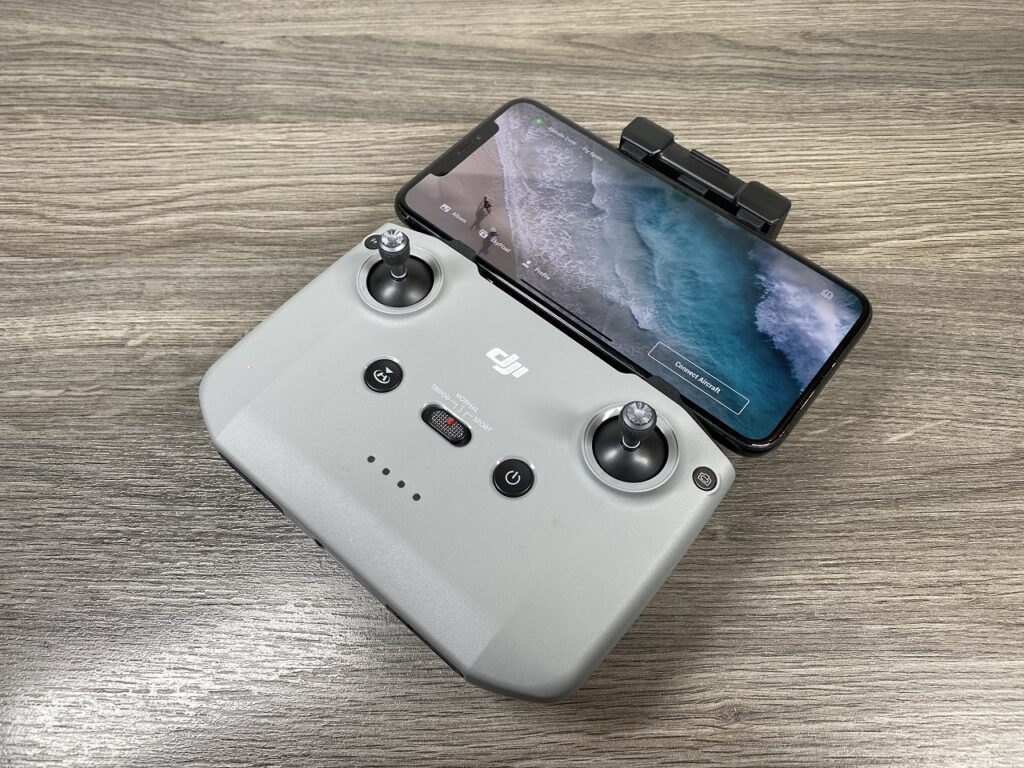 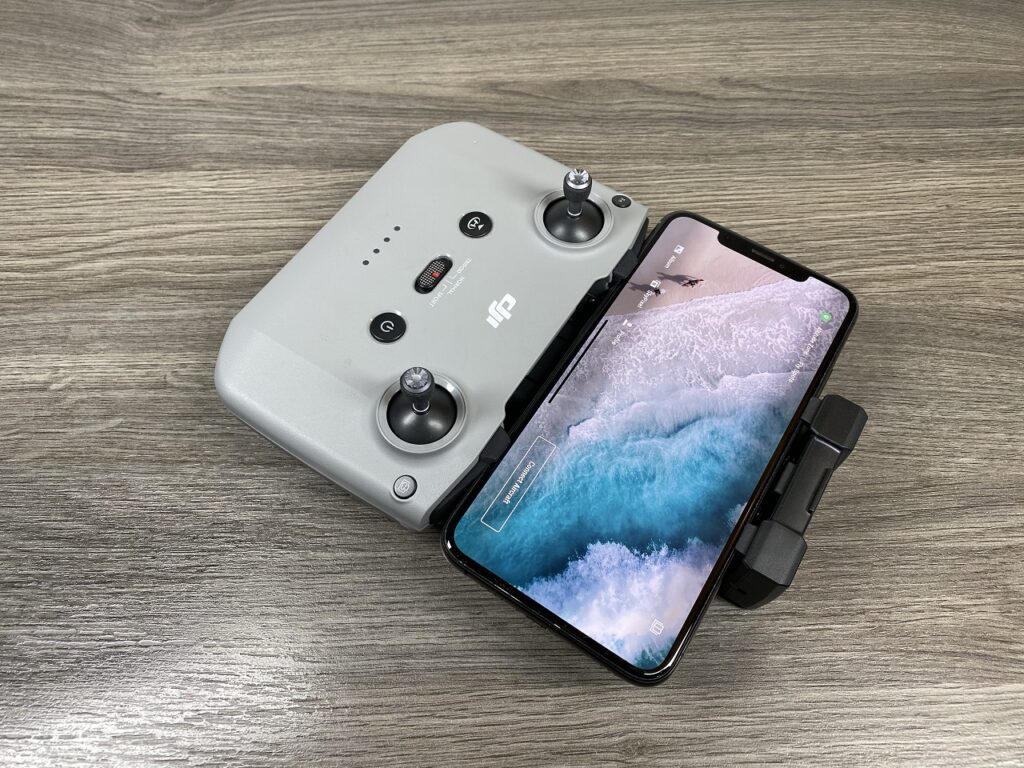