Today DJI, the leader when it comes to consumer and commercial drones has just announced the Mavic Mini, a new small, lightweight and portable drone that is aimed at new and beginner pilots. Although this 249-gram drone is small in size its capabilities are anything but making this a great drone for even experienced pilots when portability is a high priority.

Now to be honest when I was first introduced to the Mavic Mini I was not terribly excited about it, don’t get me wrong it looked like a cool little drone but I didn’t think it would be of any interest to me as I figured this to be just a toy grade drone for kids…boy was I wrong. Within the first few minutes of my maiden flight, I knew this was going to be a big deal.

First, let’s get all the spec’s out of the way, you’re not reading this article for specs, after all, you can get that info from the DJI Website what your here for is what I thought of it and how does it perform. Here are the basics of the DJI Mavic Mini.

There are 4 things that really make this drone a great choice for both new pilots and seasoned pilots.

Here is some sample footage shot on the DJI Mavic Mini from my first flight. This was shot in 2.7k 30FPS. There is no editing done to this footage such as color correcting or adjustments just so you can get a feel of what the video quality is like.

My Flight Experience and Thoughts of the DJI Mavic Mini

As I mentioned earlier I was not quite sure how the DJI Mavic Mini would fit into my workflow and current gear. I was a little concerned that it was a little to light and it would be unstable in the air unless you had absolutely no wind which is a very rare occurrence in Canada. My first flight with the Mavic Mini eased those concerns. I was a cloudy overcast day during my first flight with winds at 21 km/h with gusts up to 30 km/h and even though I was getting wind warning while flying the drone held steady and I never felt I was not in control. Now don’t get me wrong due to it being extremely lightweight, the wind will definitely be a factor some days. The Mavic Mini will not be able to handle some winds like larger drones can such as the Mavic 2 Pro can. What I really liked was how easily this drone can be transported. It comes with a nice little case but honestly, I left the case at home. When I headed out on my first flight I was wearing a hoodie and I had the Mavic Mini in one pocket, controller in the other pocket and 3 batteries (they are pretty small too) in my shorts pocket. I had everything I needed to fly and didn’t even need to bring a bag or backpack. This was very refreshing and I can see myself bringing this new drone along with me when normally I would not bring one. This may also be a good option for travel when you need to pack light. Even though it doesn’t film in 4K, 2.7K is still a good resolution. I was very pleased with the footage and photos it captured, I find it still hard to believe that I can capture quality content on a drone that only costs $399 and weighs under 250g…just brilliant.

Now when it comes to range and transmission quality I am still on the fence. It is rated at 4 KM but that is not a realistic number when flying in congested WiFi areas. After flying the Mavic 2 Pro for the last year with OcuSync 2.0 nothing can really compare to that as it sets the bar very high. When flying the Mavic Mini in the city I was getting weak transmission warnings at about 700m but I never lost connection and for the most part, the feed stayed solid. At that distance, you are no longer within a visual line of sight which in most countries is against drone regulations. When I fly I am not all about distance, I really don’t need my drone to go miles away, what I do want is a reliable connection with a solid video feed and so far I have been satisfied with the connection. I will be doing more range and transmission tests with the Mavic Mini over the coming weeks.

A quick video of the DJI Mavic Mini Hovering.

With the launch of the Mavic Mini DJI has introduced a brand new app called “DJI Fly App”. This app is geared to make flying a drone easy for beginners. It features built-in flight tutorials with training to help new pilots feel comfortable as they learn how to fly. The DJI fly app features editing tools and creator templates to help you create quick auto edited videos. I think this is great as it is a quick and easy way to create and share beautiful aerial videos. For those that want to take editing a step further, there is a pro mode allowing you to get a little more creative. When connected to the aircraft the live view offers 20% more viewing area, a great advantage for new pilots. The DJI Fly app has several built-in quick shots such as Rocket, Dronie, Circle, and Helix allowing you to capture quick and easy creative shots. You can switch your flight mode from sport, position, and CineSmooth which allows you to capture smother more cinematic shots. The app is not as robust as the DJI Go 4 app, but definitely has everything a new pilot needs to learn the basics of flying and create stunning aerial content.

When you purchase the DJI Mavic Mini fly more combo there is a 2-way charging hub included. This can also be purchased as a separate item. This new charging hub is quite handy as it not only allows you to charge 3 batteries, it also acts as a case for the batteries while storing your drone or out filming. The charging hub also works as a power bank.  No matter if you have just one or all 3 batteries inserted into the charging hub, you can plug in devices such as your phone via the USB-A port and charge it up. The other nice thing about this hub is you can charge the Mavic Mini batteries by plugging it into a power bank. They may not charge as fast but it is super handy for those times when you are adventuring and not around traditional power.

Here are some sample photos take on the DJI Mavic Mini. These are full resolution right off the memory card with no editing so you can get a feel of what to expect from the camera.

The Not So Good

As with every product, there are always some aspects that are not perfect or needs improving. Although my experience with the Mavic Mini is very positive there are a few things I wish were different. Some may be able to be addressed via a firmware update and others not. First off I really wish they would have gone with USB-C for this drone, MicroUSB can be frustrating and I don’t like having to pack all these extra charging cables. I would like to see more features from the DJI Go 4 App brought over to the DJI fly app, I think it would make this drone more appealing to seasoned pilots. With that said I am still using a beta version so the final public release could be different. DJI has adopted a new propeller system for the Mavic Mini. Each side of the prop is independent and can be replaced. They are held in with small screws and truth be told I am not a fan of this. I can foresee this to be a pain when out in the field and you damage a prop, fiddling around with small screwdrivers and small screws is not ideal. Twist and lock props, in my opinion, would be easier to install for new pilots. The Mavic Mini has no obstacle avoidance most likely due to the fact that DJI was trying to keep the cost and weight down. I think even basic obstacle avoidance would have been beneficial to new pilots which is what DJI is targeting with this new drone. Another thing I find is that when transferring the HD footage from the Mavic Mini to your phone via the DJI Fly App it is a really slow process. Transferring data from the Osmo Action or Osmo Pocket to your phone is much faster so hopefully, that can be improved.

I think the Mavic Mini is going to become a very popular drone for both new and existing pilots, ease of flight will appeal to new users while size and portability are going to appeal to those who already own larger drones. I myself will be making good use of this new drone when I want to pack light or I want to grab a quick shot without bringing to much attention to myself. Stay tuned to my YouTube channel and my blog as I will be posting many more videos with sample footage, reviews, and tutorials of the DJI Mavic Mini. 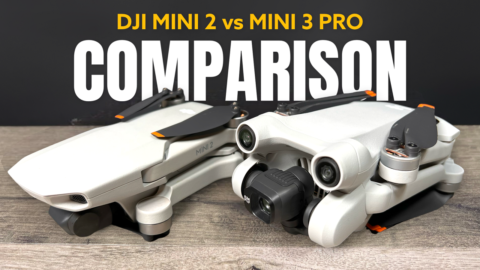 DJI Mini 3 Pro vs. DJI Mini 2 Comparison | Which One Is Right For You? 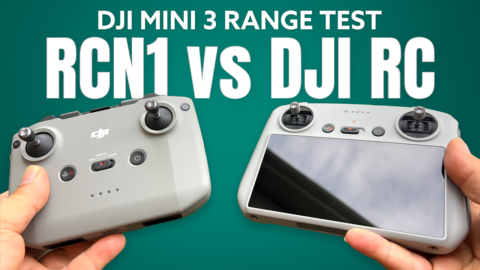 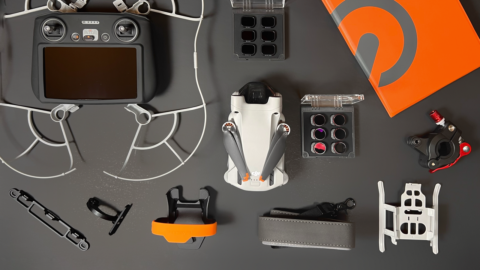 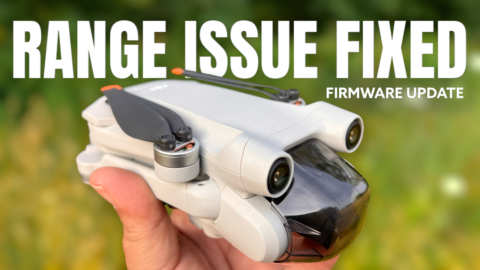 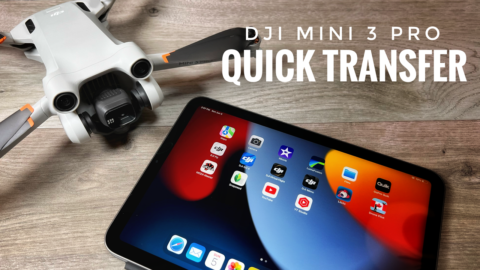 DJI Mini 3 Pro – How To Use Quick Transfer 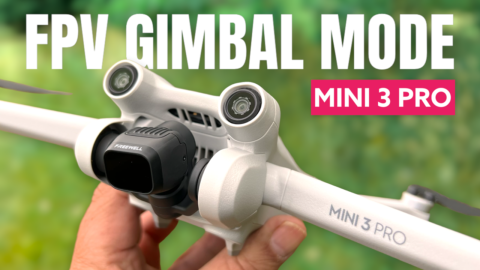 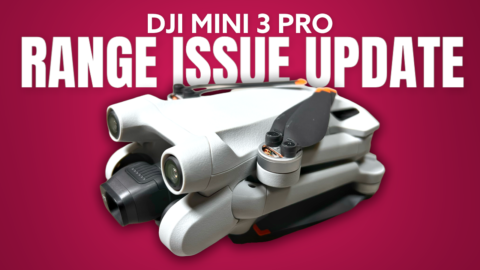 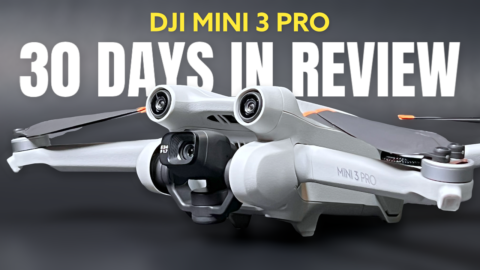 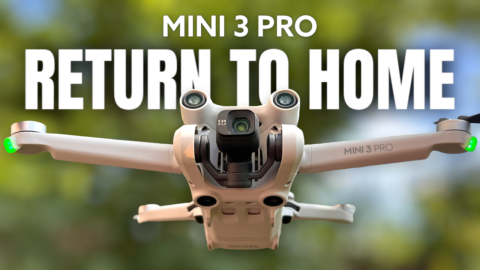 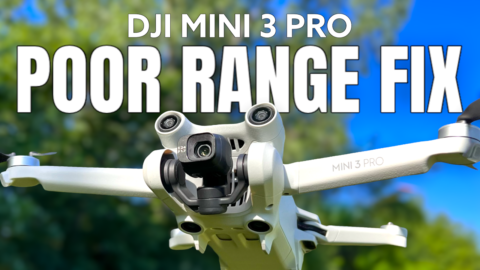