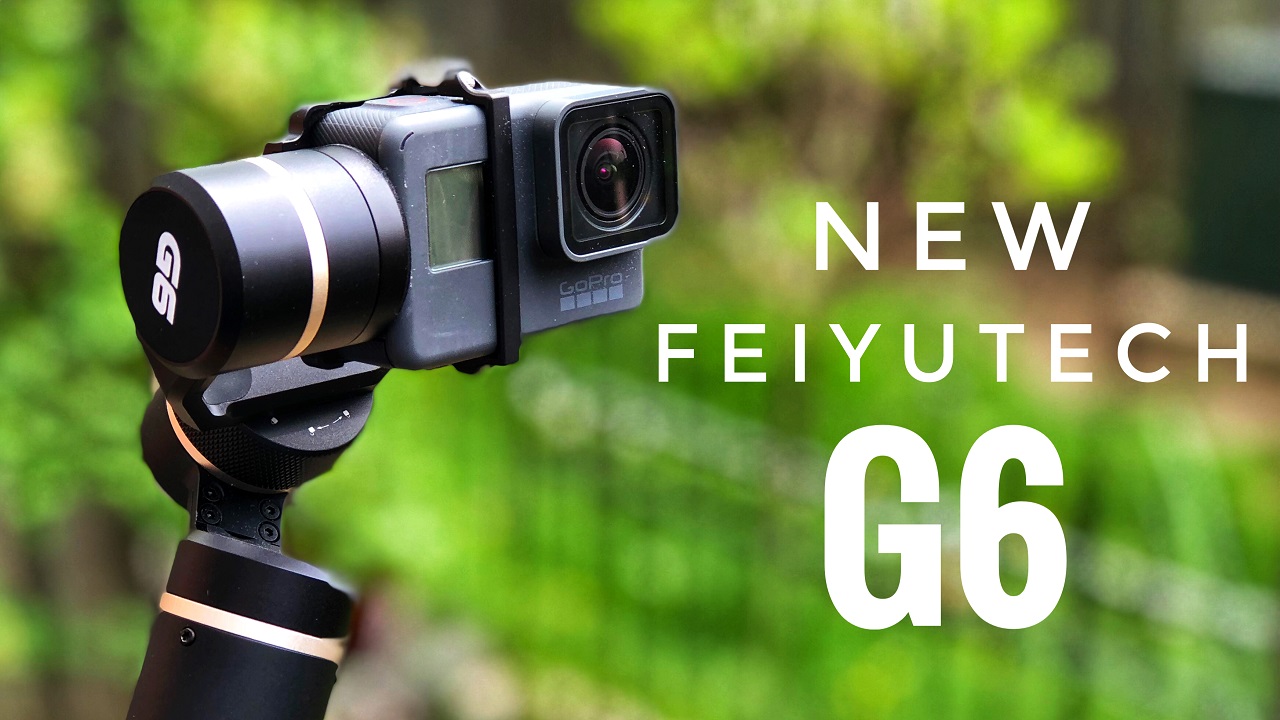 FeiyuTech announced the new FeiyuTech G6 several weeks ago and over the past week they have finally been shipping out to customers. At first glance, you really notice the size of the new gimbal is quite a bit larger than its predecessor. It has larger more powerful motors and according to FeiyuTech these new motors with higher torque will produce smoother footage and cause less shake in certain situations. There are many new upgrades to the FeiyuTech G6 Such as:

The G5 was listed as being splash proof, but the new Feiyutech G6 is listed as being waterproof. Personally, I will be treating mine as being splash-proof. This really is a welcome feature for those of us who like to film around water. Shooting in the rain should not be a problem as well. One of the most exciting new features is being able to control your GoPro via new buttons on the FeiyuTech G6 handle. To control your GoPro you must connect it first via WiFi through the FeiyuTech iPhone app. Once connected you can start/stop recording or take photos with a press of a button. You can change between photo, video and time-lapse mode. You can also change a few basic settings such as resolution and field of view.

I have used it a fair amount and I can say I really am pleased with its performance. Now I was a fan of the G5 as well and I don’t know if I could detect a huge difference between the FeiyuTech G5 and G6’s performance in keeping footage stable as the G5 did a great job as well. The new angle of the motor is also a welcome improvement as it makes viewing the GoPro screen a little easier when filming. Balancing the GoPro in the FeiyuTech G6 is quick and easy with the addition of the new sliding arm. You no longer have to attach weights when switching between smaller and larger cameras.

The FeiyuTech G6 now comes with a hard style case that can actually hold quite a bit of gear including a second GoPro and spare batteries. Now I was a fan of the sleeve that shipped with the old gimbal as it was super compact and would fit into a camera bag or backpack without taking up a lot of room. However, I did find that even though the G6 is larger than the G5 it will still fit into the old G5 sleeve (without GoPro attached).

All in all, I think FeiyuTech has done a great job with the newly upgraded gimbal. If you already own a G5 I don’t really know if its worth the money to upgrade unless you really like the idea of controlling your GoPro with the Gimbal. If you are looking to get your first stabilizer that I do think this is your best choice. The FeiyuTech G6 is probably the best GoPro gimbal on the market right now.

Watch our YouTube review, I go over setting up the new FeiyuTech G6 and provide some sample test footage. 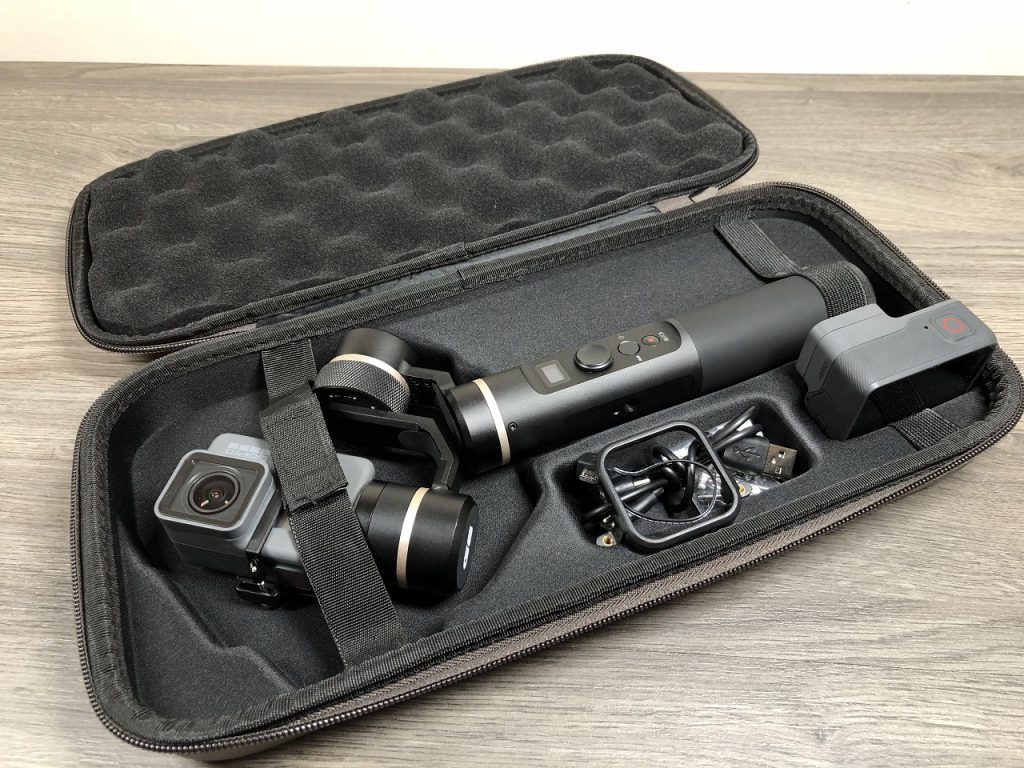 FeiyuTech G6 interior of the case. Can hold an extra GoPro, cables and extra batteries. 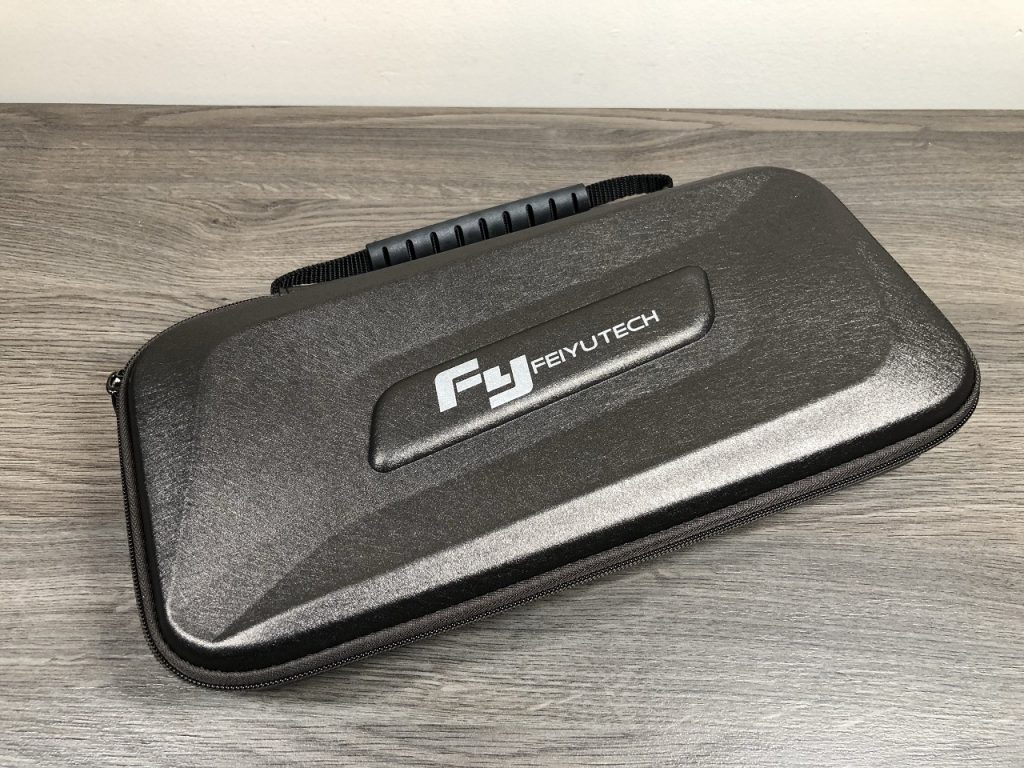 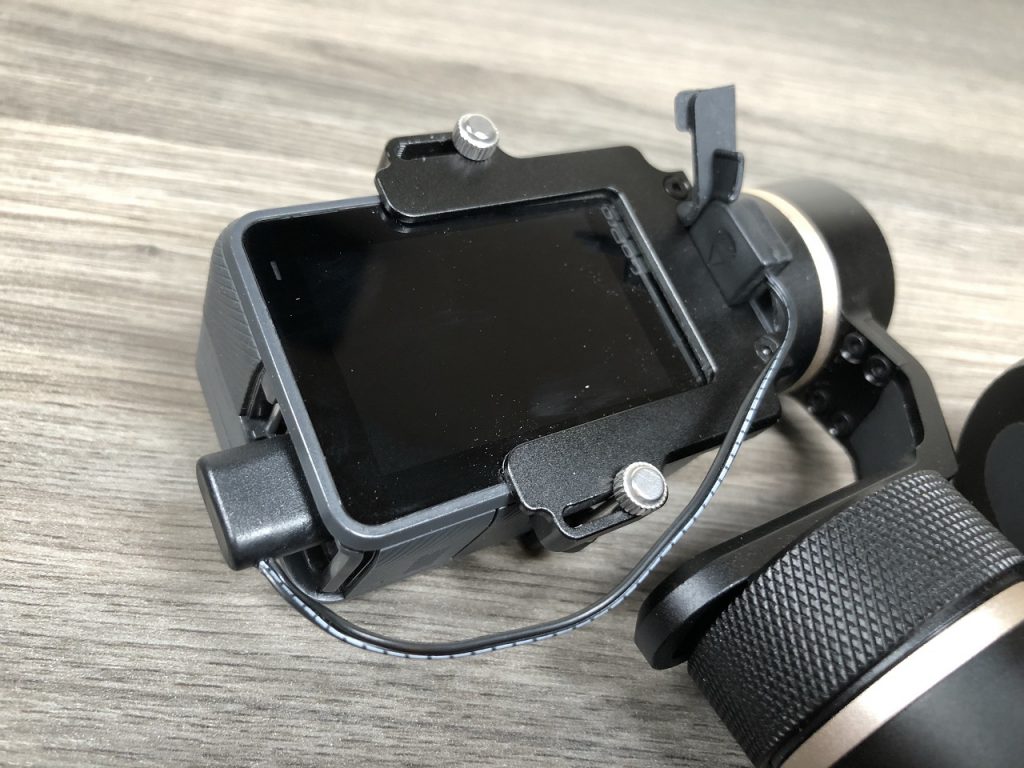 You can keep your GoPro charged via the included charging cable. Charge via the FeiyuTech G6 battery. 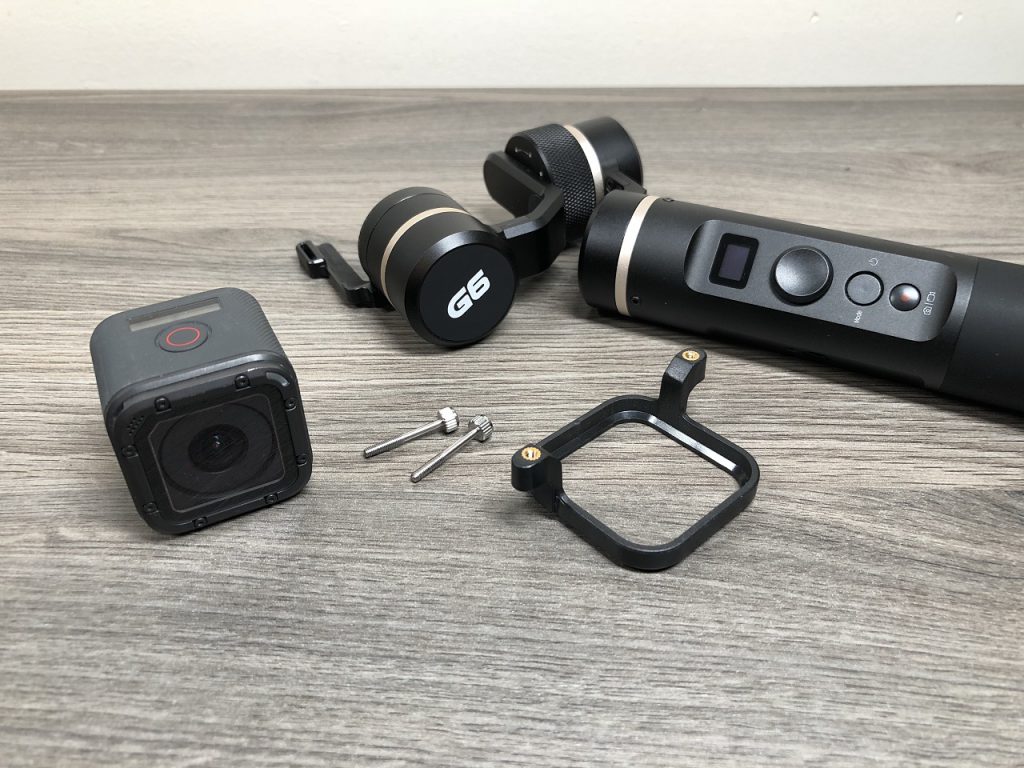 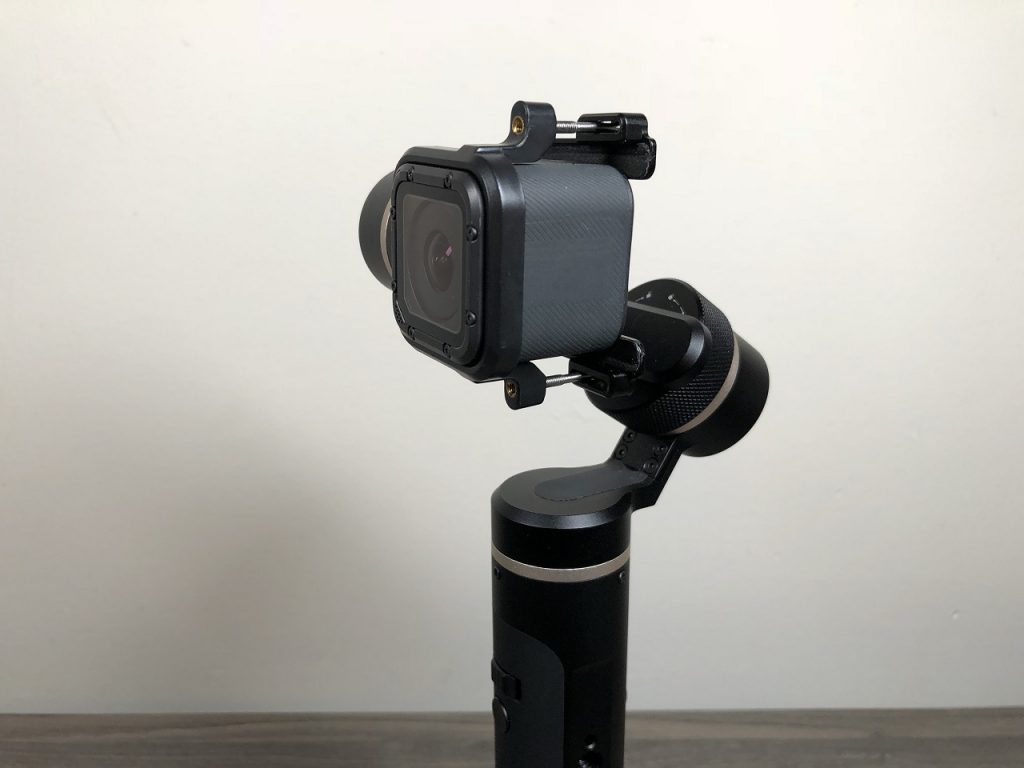 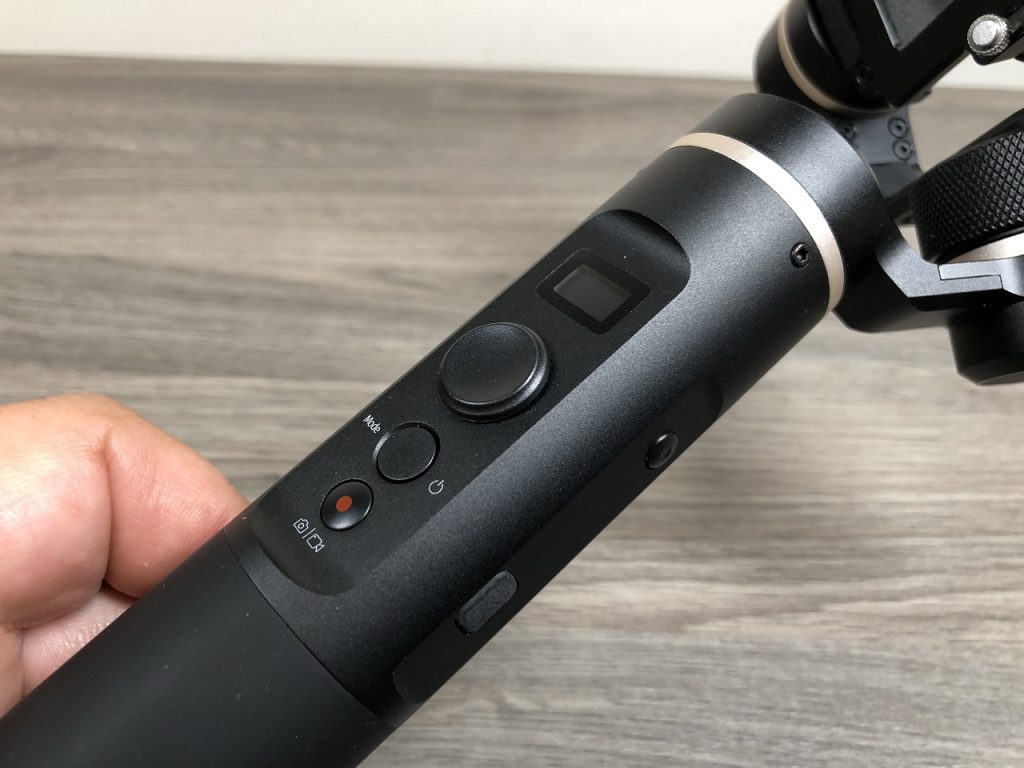 New buttons on the FeiyuTech G6 allows you to control your GoPro. 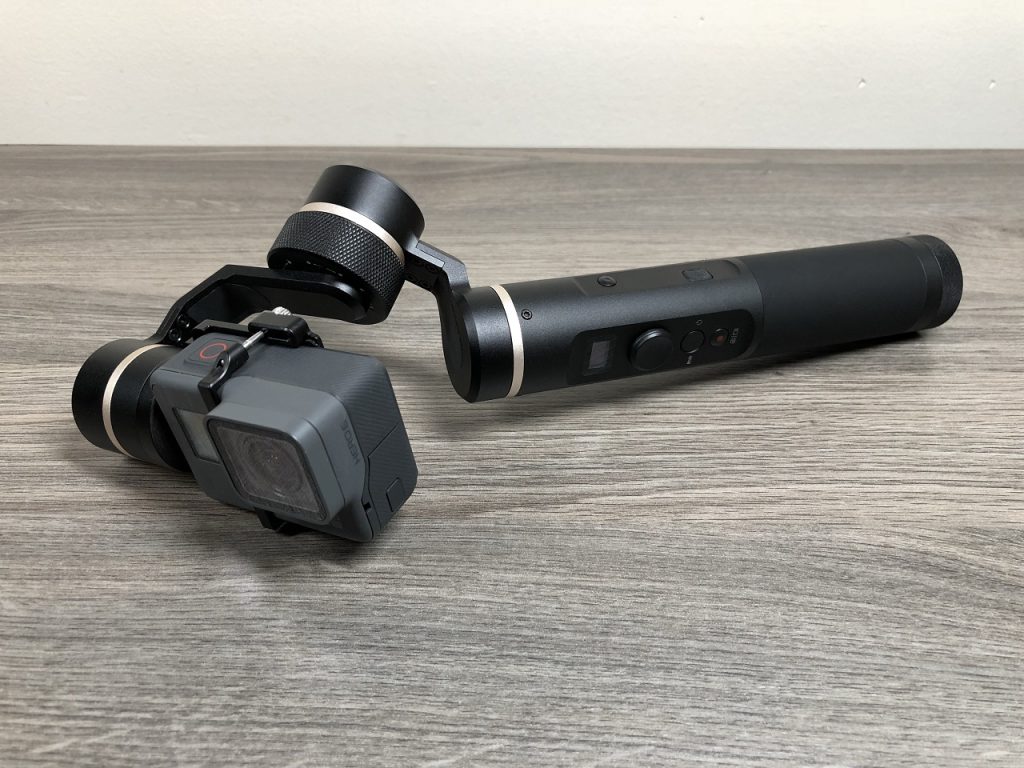 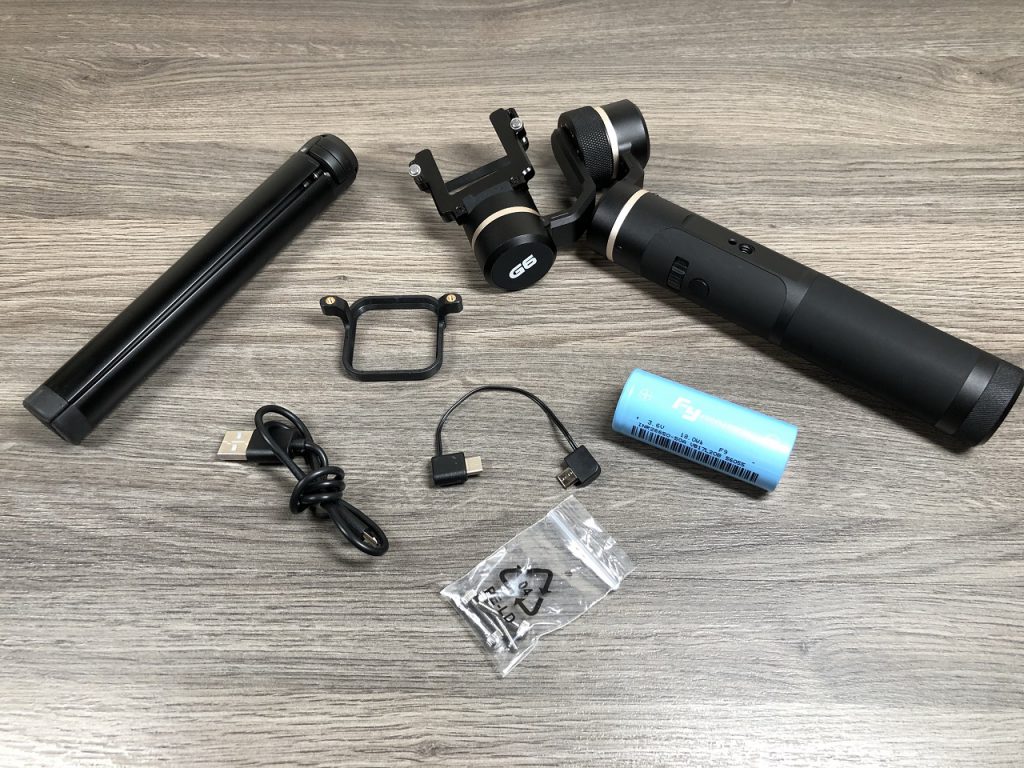 FeiyuTech G6 contents in the box.