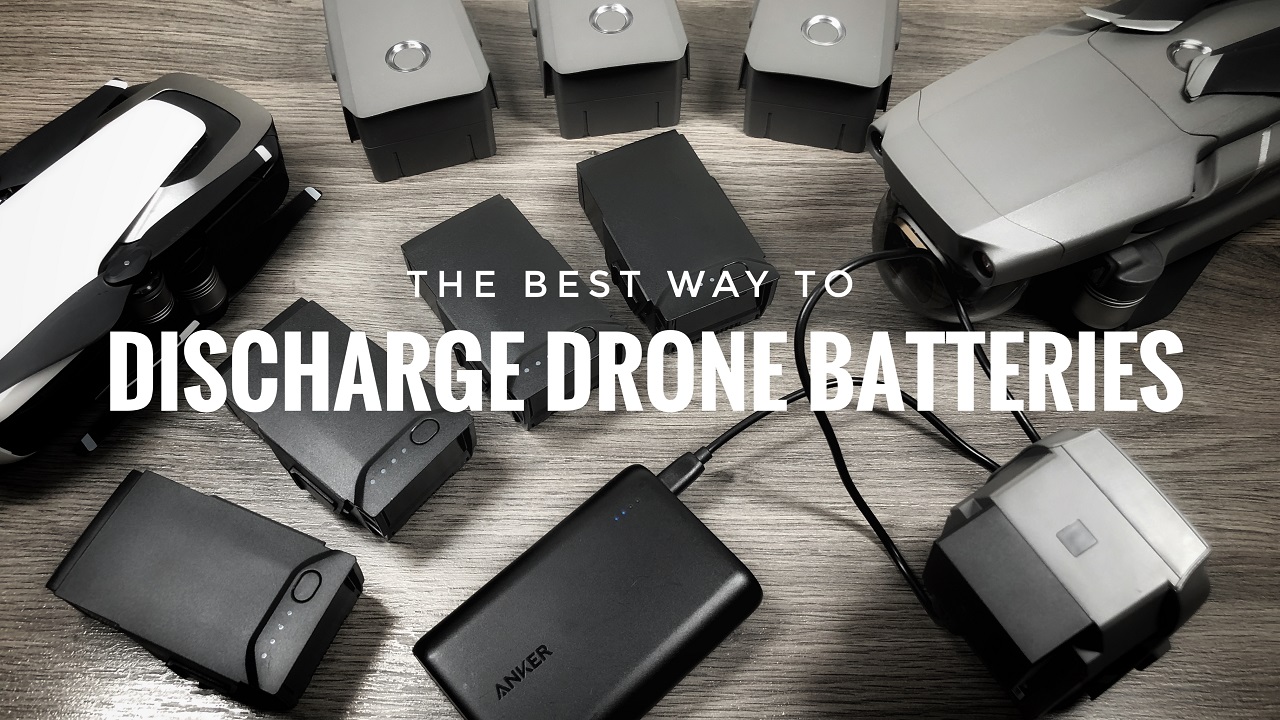 One nice feature of DJI intelligent drone batteries is the fact that they will self-discharge after a predetermined amount of time that can be set via the DJI Go 4 app. Storing a lipo battery at full charge can damage it over time and that is why DJI included this feature in it intelligent drone batteries. The discharge, however, can take several days and what if you have a last minute flight and you need to discharge your batteries quickly. Some airline around the world requires lipo batteries be drained before you enter the aircraft. Personally, I have never been asked to show my batteries are discharged before a flight but I do know of people who have been asked to show every battery. It’s better to be safe than sorry when traveling on a plane to avoid any unwanted hassle.

Using this method is better than other methods such as letting the motors run on the aircraft until the batteries are drained. In my opinion, this puts unnecessary wear on your aircrafts motors.

You can watch our YouTube video demonstrating this technique of discharging DJI drone batteries for travel and flights. A good resource for those who are wondering how to travel with a drone.